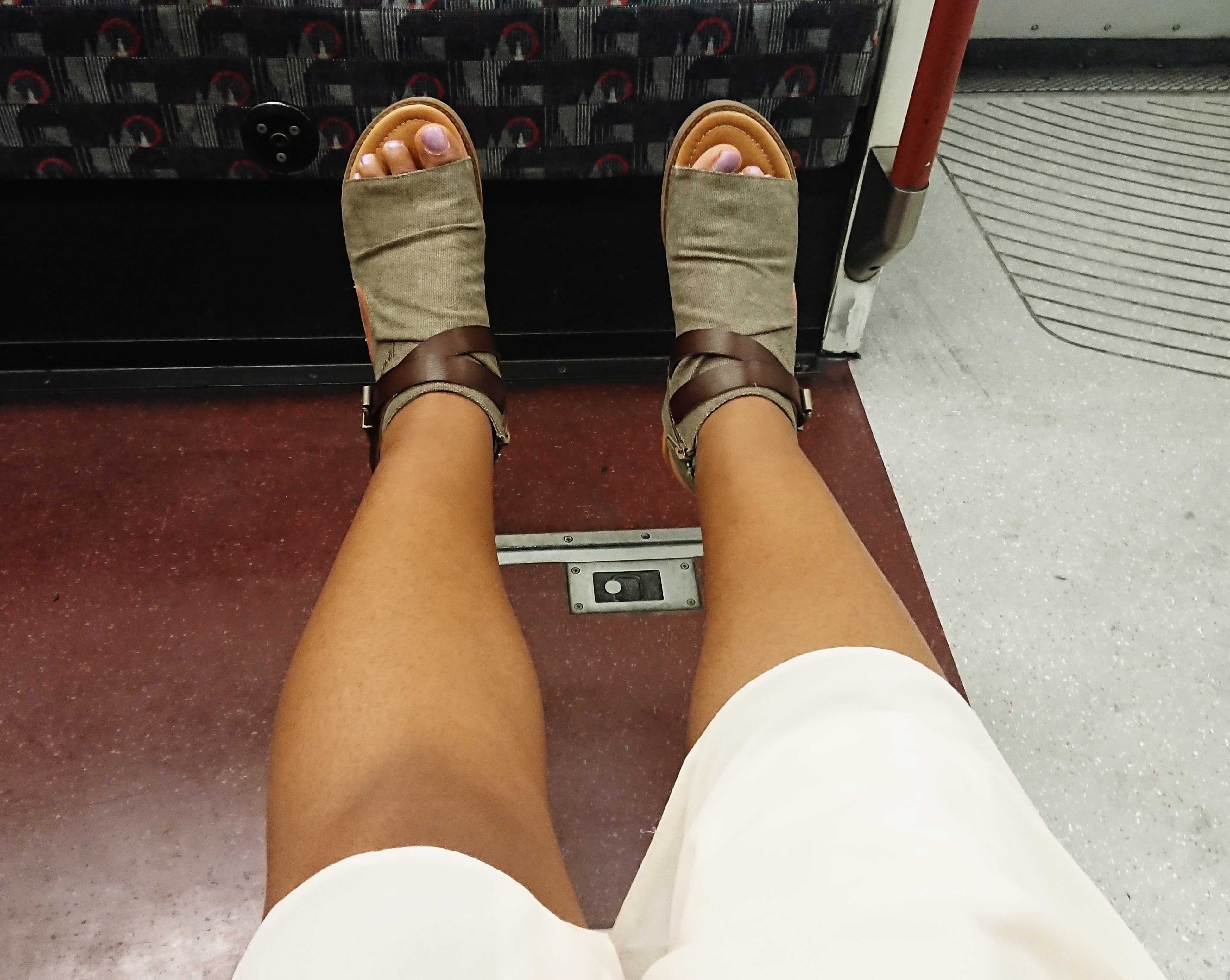 On Wednesday night I went to my second ever Tap Improvisation and Choreography class! About half an hour beforehand, I felt really nervous and wanted to bottle it, trying to come up with various excuses as to why I couldn’t go (like the heatwave)…but then I got myself together and went for it!

There were 10 of us for this mixed-level class, where we played various improvisation games, working in one large group, smaller groups, pairs and solo to build up our confidence to improvise tap steps. The focus was on rhythm, rather than executing amazing steps. The music was a variety of 60s soul/R&B, Blues and other newer music.

For our first exercise, we just used our hands and one at a time, clapped different rhythms for the group to copy. That was manageable. Next we did the same, but with our feet. A bit more complicated.

We worked in pairs to create something for our partners to copy. We also worked in pairs to create something to a simple song or nursery rhyme which we then performed to the rest of the class. My partner and I used ‘Humpty Dumpty’ and had a lot of fun with it – jazz hands were included! I can say I actually quite enjoyed performing it to those watching. We messed up the first time, but we did it again and got it right.

I also enjoyed the exercise where we travelled as one group along the length of the studio, doing whatever came to mind. At the end of the class, we repeated this exercise, but this time we just walked and allowed space for one person at a time to do some steps. This was very effective.

It was such a fun evening, if not a little nerve wracking in places. We all had a great time and I definitely came away feeling a bit more confident to try stuff. In public.

Next week I have the week off work as I have three 2-hour days at a Tap Dance Intensive in London’s Covent Garden, followed by a few rest/study days.

Have you ever done tap improvisation? If yes, tell me more in the comments….