For 25th May … Sorry, I’m a bit behind with sharing! To celebrate, here’s a video of the Nicholas Brothers in Down Argentine Way (1940) 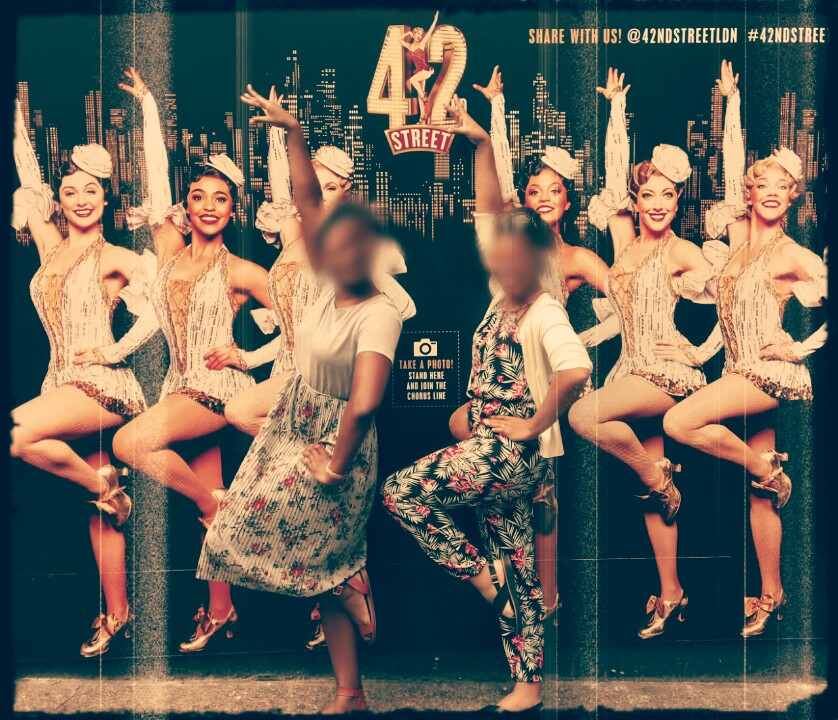 Last night a dance friend and I went to watch 42nd Street at the Theatre Royal in Covent Garden’s Drury Lane, which I believe is the West End’s largest stage. On arrival we just HAD to take a photo opportunity with the chorus girls before going into the theatre! We originally had tickets for the upper circle, but we were *upgraded* to the grand circle a tier below where we got an amazing view of the entire stage! I don’t know if this is because the theatre wasn’t full or because of the heatwave (those old theatres can be saunas), but heat rises, and they seemed to have some sort of of aircon going where we were, thankfully. 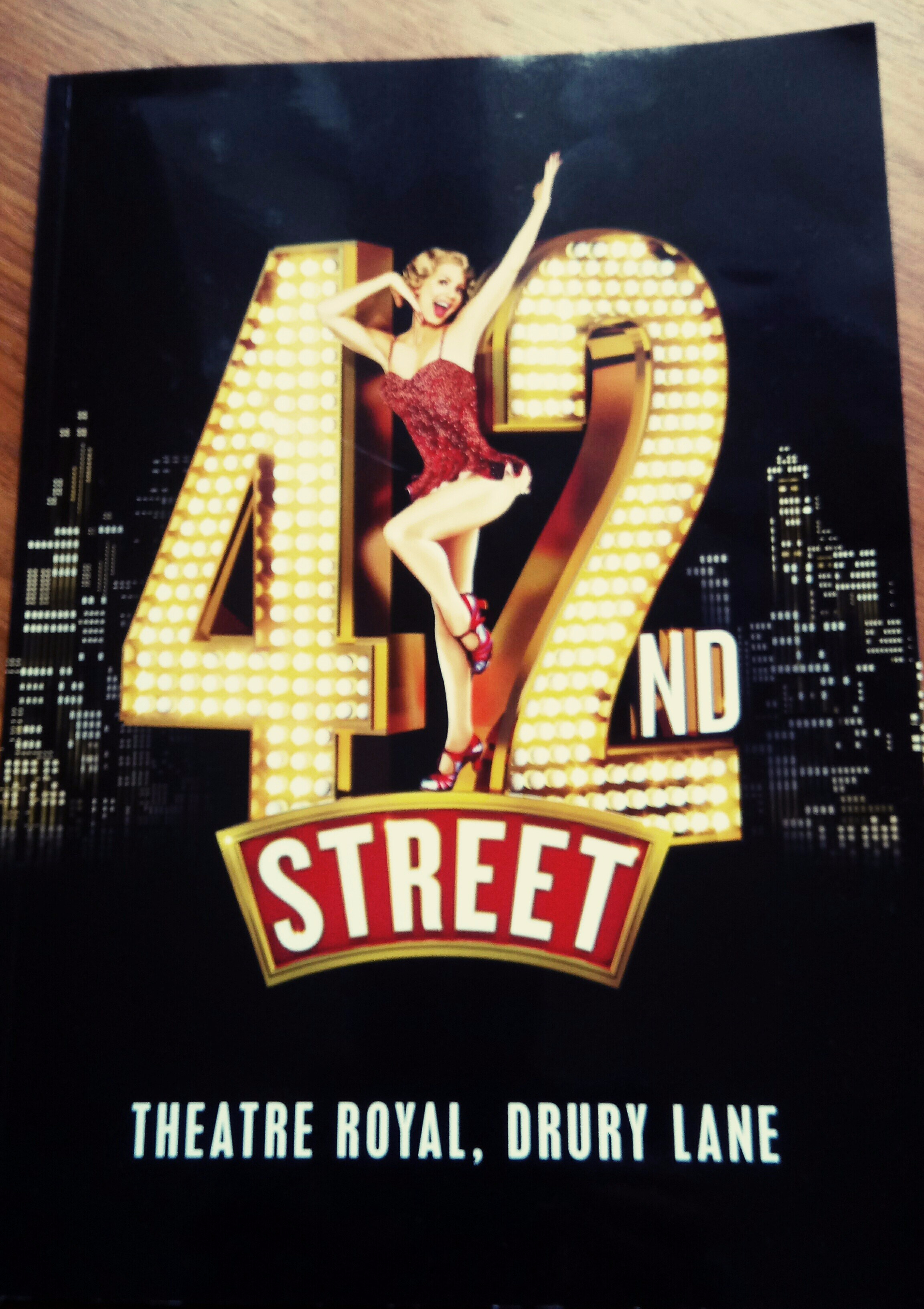 The show was absolutely amazing! The sets were brilliant, the costumes captured the 1930s Hollywood golden age and I loved the chorus girls’ colourful tap shoes! The songs were great, with a few you would recognise (such as We’re in the money, and Keep young and beautiful) but the choreography and dance was spectacular! Of course I was watching the Tap Dance from a tap student’s perspective where you are trying to recognise steps…  and it was just amazing how talented these people are! Of course they’ve been tapping since they could walk, so there’s no point comparing starting to learn as an adult!

I was also keen to see the show because a couple of dancers who were involved with the Brighton Tap Festival last year are in it (plus I also spotted the sister of a former school friend in the programme).

My verdict: A visual spectacular! If you love musicals, dance, the Hollywood golden age or just want a great night out, go and see it! 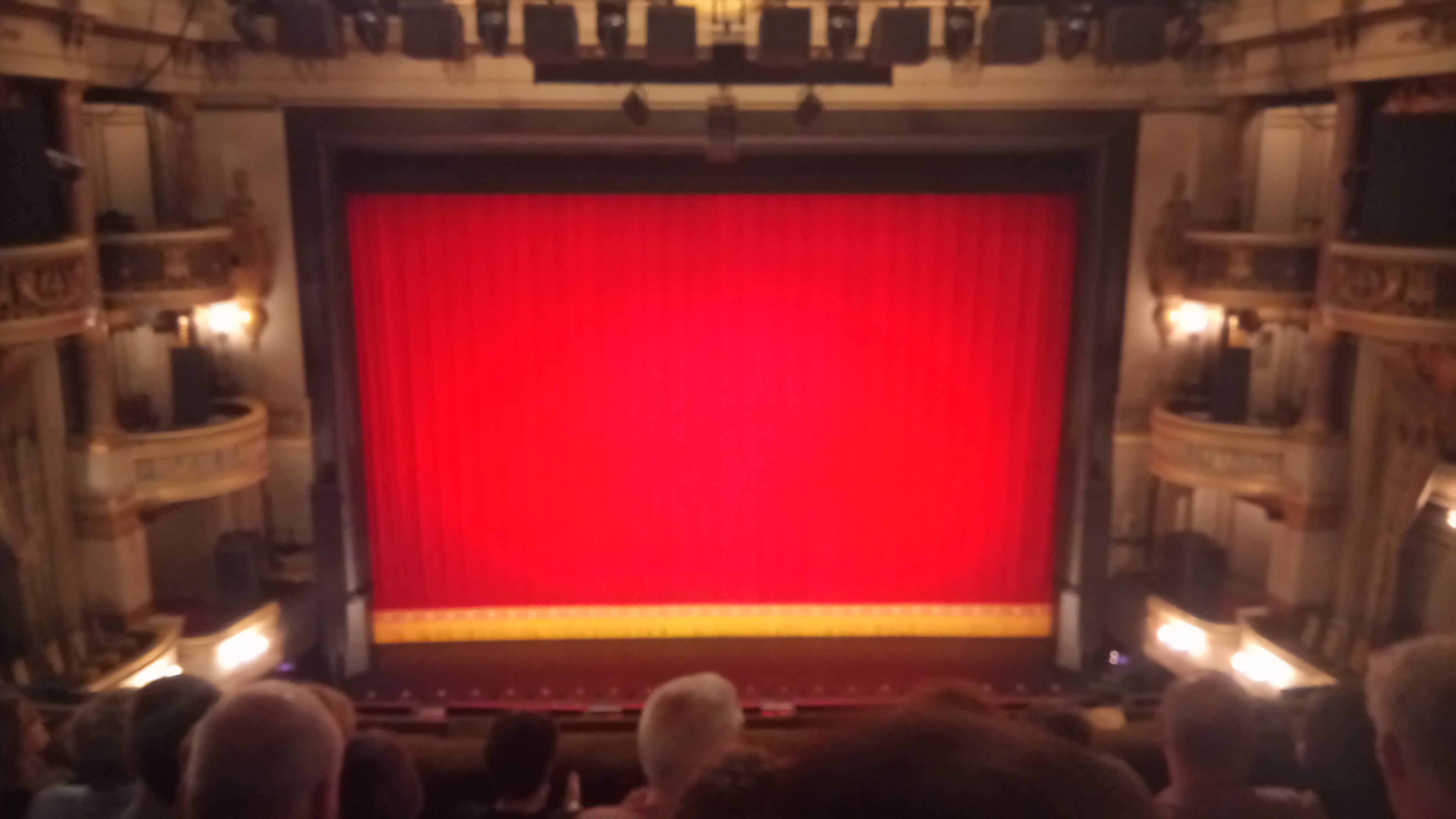