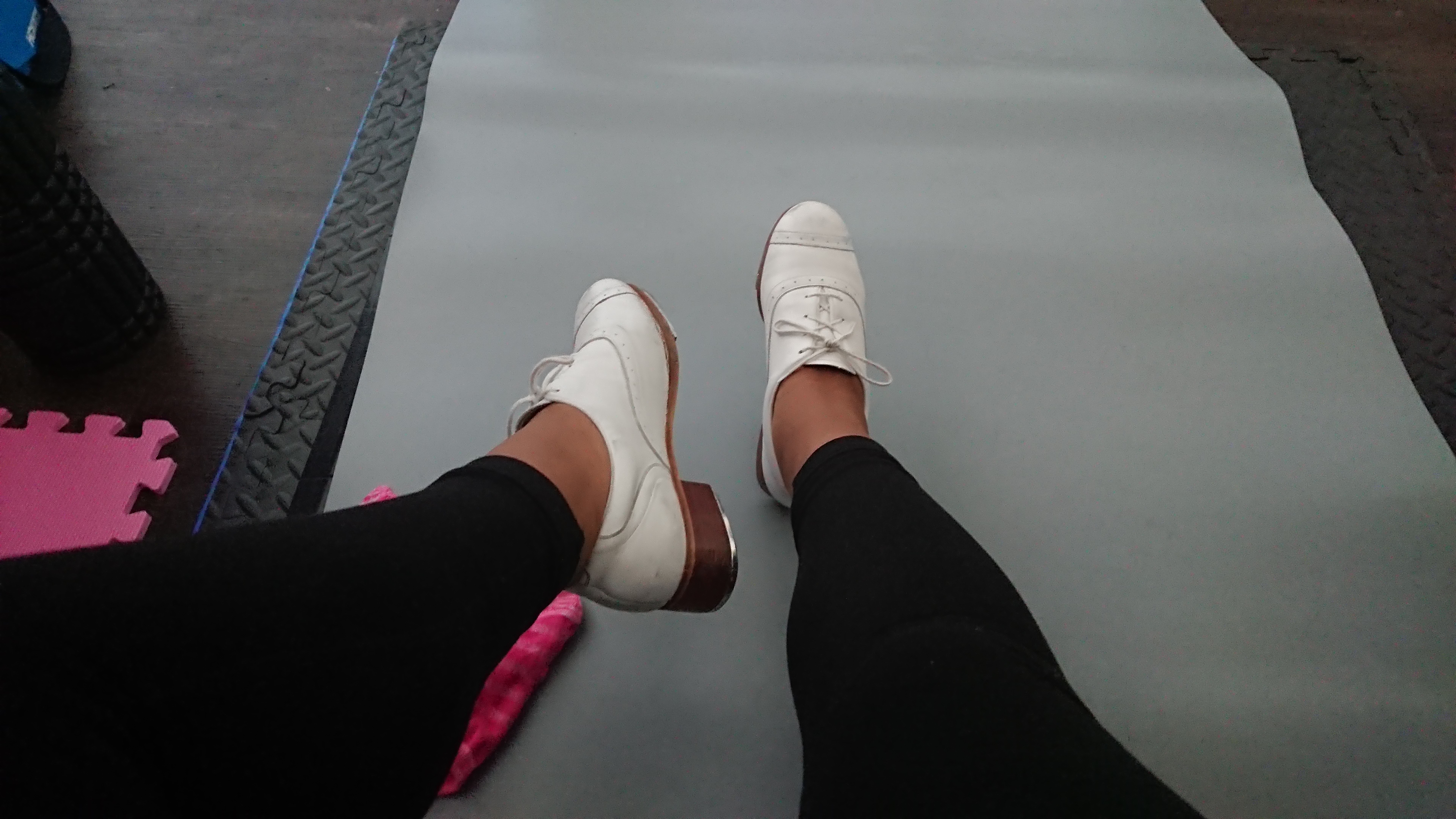 This final series of Tap & Tea history talks kicked off a few weeks ago with special guest Heather Cornell. Heather is the artistic director of Manhattan Tap and was the only dancer to be mentored and trained by legendary jazz musician Ray Brown. She is known for having been a major player in the tap dance renaissance and her famous ‘Tap Labs’ are celebrating 30 years this August.

Heather started dancing as a child in Canada with classes in ballet, jazz and tap, with the tap being taught as per the syllabus system, which she, and many others (particularly in the UK) describe as having lots of limitations, to the point where Heather was actually ‘aged out of it’ by the AGE OF 14… She described Canada at that point as having “no understanding of the history of tap”, and she stopped tap dancing because the only avenue was to go into musical theatre, which she didn’t want to do. She went to study Dance Therapy at NYU and did modern dance, but she was at a loss with the vocabulary. She then discovered the more rhythmic Cunningham technique of contemporary dance and decided to move to New York permanently. She ended up getting back into tap, and someone recommended she go study with Cookie Cook – Heather described the first time she heard the sound of his taps and burst into tears! It was a world away from the Canadian tap syllabus.

During her talk, Heather described Charles “Cookie” Cook as a consummate performer. He did comedy, Russian dancing, knockabout, you name it! He had an amazing sense of theatre, timing and how to put together a show and the education she received from him helped her to create her own company, Manhattan Tap. It was that old school style of learning – she hung out with him, he talked and she soaked it all up. Speaking of the old school hoofers, as many have said, none of them taught in the modern way of ‘this is how you do a shuffle’…they just danced and played, and you just had to pick it up: “It was a culture, not a subject”.

Continuing on this theme, Heather moved on to talk about the concept of mentorship: “I collect people”. She said it’s a serious thing – find a mentor, but be prepared to commit. As mentioned by other guests on previous weeks, Heather didn’t hide her disdain at the “distorted euro-centric way of learning” where ‘I pay you, you give me…’ because it will “never grow the art form”. She also made us aware that apparently many of the older generation of tap dancers bristle at the current use of the phrase ‘tap fam’ (as in tap family) because the relationships in those former days were deep and personal, like a parent passing something onto their child. I’ve seen the phrase ‘tap fam’ used a lot on social media as a way to make everyone feel connected across the globe as one big tap family (especially during Covid, right?) but I can see where Heather is coming from when she describes the current scene as more ego-driven and business-like, especially when everyone’s got a social media presence and fan base to maintain.

She was so not impressed with the cutting contests and competition scene, where you have teachers sitting in judgement over other tap dancers, or the newer tap festival scene where teachers are kept apart from attendees. Why? Because “mentors need to be accessible”! Cutting contests happen at all the festivals I’ve been to, and in my opinion, I think they create a bit of excitement and engagement, particularly for younger dancers…but personally, I won’t be taking part any time soon! I do agree with Heather that a tap jam is a better expression of what you can do, because participants can share, learn and ‘steal’ from each other, rather than be under the pressure to compete and then be told by a ‘judge’ that something they did was ‘wrong’ or not as good as their rival. What do you think?

Heather Cornell was fascinating to listen to. She is one tough cookie with understandably strong opinions on the direction the tap scene is going in. But that’s a good thing, because you need people to defend the art and make sure it goes in the right direction and continues to be accessible to all.

Some quotes from Heather

Wake up and start taking responsibility for yourself

If we don’t pass on the history [of tap], nobody else will

We need to reconnect tap dance to the music

You have to make mistakes or you won’t get better

Don’t be afraid to colour outside the lines