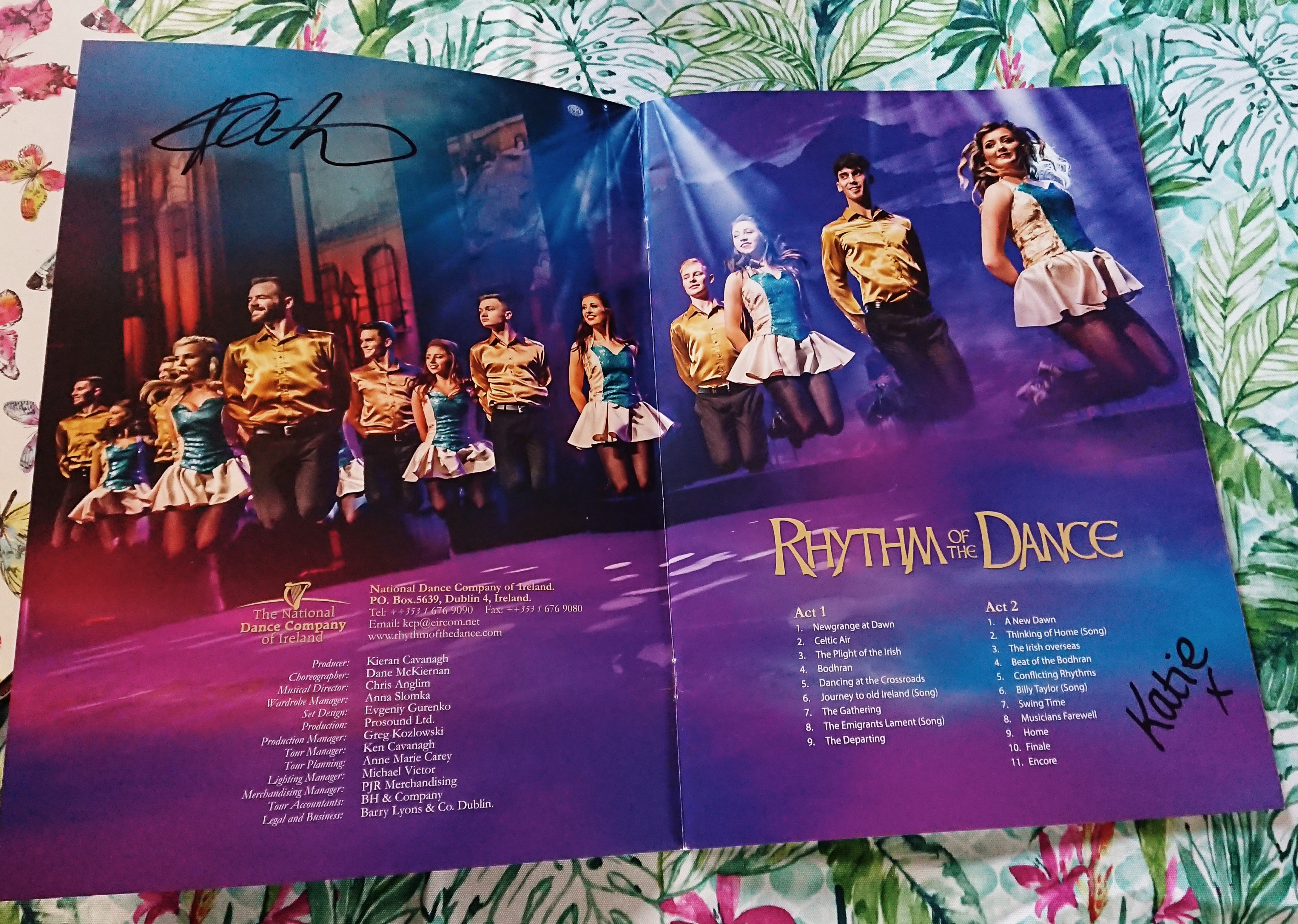 My tap class is now out for the Summer… kind of! We finished our S.O.B routine on Thursday lunchtime with a bang and chatted away afterwards about what we’d be doing over the Summer and so on. Our teacher also advertised the 2 workshop that she’ll be running next Wednesday and Thursday evenings – Tap Improvisation & Choreography (Weds) and Tap Shim Sham (Thurs). I’ll be doing the Improvisation class, but probably not the Shim Sham this year due to another engagement (BBQ!).

In the evening my SO and I went to our local theatre to see Rhythm of the Dance 20th Anniversary Tour, featuring the National Dance Company of Ireland! I was looking forward to it all day and the show did not disappoint!

The show set the scene with a haunting Celtic song, which reminded me of Lord of the Rings and Enya. Then we were introduced to the dancers who took us on a live musical and rhythmic journey through the history of Ireland and the Irish people, including emigration across the pond to the USA.

The dancing was spectacular. There was a mixture of soft shoe dance and hard shoe step dance. Dancers leaping like gazelles, pounding the floor with shotgun rhythms, legs moving into complicated positions… at speed. As a tap dancer in training, my eyes were glued to their feet, trying to work out just some of what they were doing – impossible at that speed! There was a section where one of main dancers did his steps very slowly, before gradually picking up the speed. Something we do in tap!

The principal male and female leads were incredible, particularly the male lead who commanded huge stage presence. There were live singers and musicians on stage, playing traditional instruments, including the amazing Bodhran (drum), the Irish flute and low whistle, the Uilleann pipes, the fiddle and the banjo. The audience were encouraged to clap along and even sing along at one point.

I particularly enjoyed the seductive ‘Beat of the Bodhran’ dance, with the male troupe hammering out rhythms as the Bodhran player tries to seduce the female leader, and then the fun ‘Swing Time’ section, featuring the Charleston. But really, I enjoyed the whole thing.

I actually came away from the show full of inspiration and ideas for the upcoming tap improvisation workshop, which I didn’t anticipate at all.