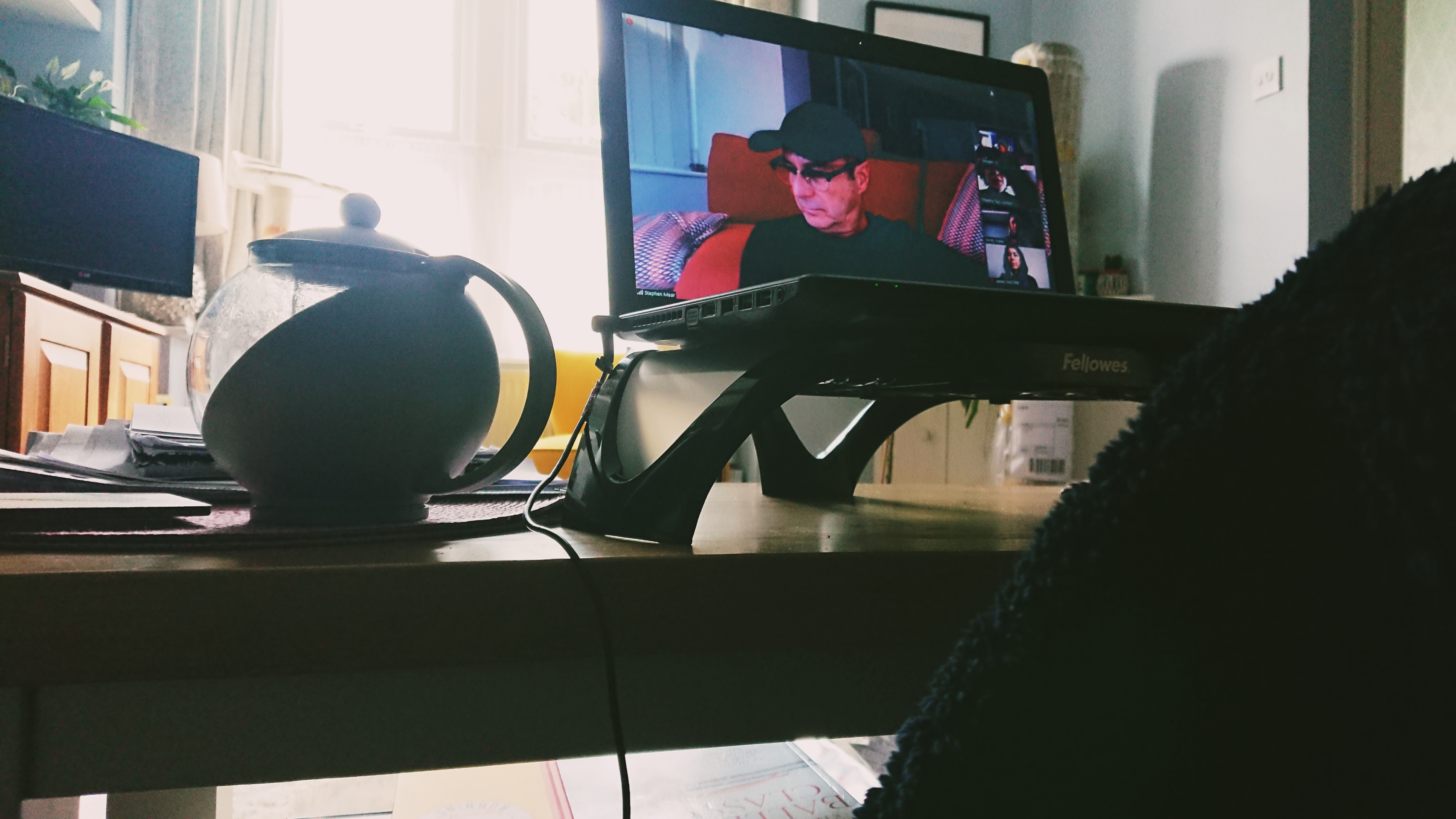 On Thursday I attended week 4 of Theatre Tap London’s ‘Tap & Tea’ tap history series. This time we were joined by two time Olivier Award winning choreographer Stephen Mear CBE! He has had a prolific career in musical theatre, and is known for his work on West End and Broadway shows including Mary Poppins, White Christmas, Funny Girl, Singing in the Rain, Sinatra, Sweet Charity and many more. He was awarded a CBE (Commander of the Order of the British Empire) in 2020 for services to dance.

Tap dance was the first type of dance he learned at his mother’s dance school, and he later trained in Matt Mattox style jazz dance (aka Freestyle Jazz) at London Studio Centre. I was interested to hear that he took 14 ballet classes a week to get his ballet up to scratch! He’s also probably the 4th or 5th British dancer I’ve heard say that they were the best tap dancer in their home town; then they went away to a college in London or took tap classes in New York and found themselves at the bottom of the class!

Stephen showed us and discussed clips of jazz isolations in Beat me Daddy 8 to the Bar from Bob Fosse’s ‘Big Deal’, the jazz-tap combination in The Best Things Happen While You’re Dancing from ‘White Christmas’, and we also looked at a clip of his idol Ann Miller on stage in 1987 with her famous ‘Easter Parade’ number ‘Shakin’ the Blues Away‘ as part of variety show Happy Birthday Hollywood.

There was much discussion of jazz dance, having been inspired by Matt Mattox, Jack Coles, Chet Walker, Bob Fosse, and Hermes Pan, who collaborated a lot with Fred Astaire. We found out loads about Stephen’s choreographic process, particularly as someone who is dyslexic. Someone asked during the Q&A how he notates his work, and it turns out he films everything (although assistants will write it all down in detail). He also uses dance college students to map everything out before taking it to teaching the cast.

I wasn’t sure what to expect this time as I’m not so into the West End stage type of tap dance, but Stephen was so interesting to listen to! I loved hearing about how it all works behind the scenes, the ups and downs, how he started out, who he worked with and who inspires him.

After this session, my passion for jazz dance was reignited and having googled Matt Mattox, I’ve ended up subscribing on YouTube to ‘Monday Mattox’ jazz (and tap) technique classes with Bob Boross (who trained under Mattox) – LOVE IT!

This coming Thursday, we’ll be joined by Broadway performer and choreographer Andrew Black.