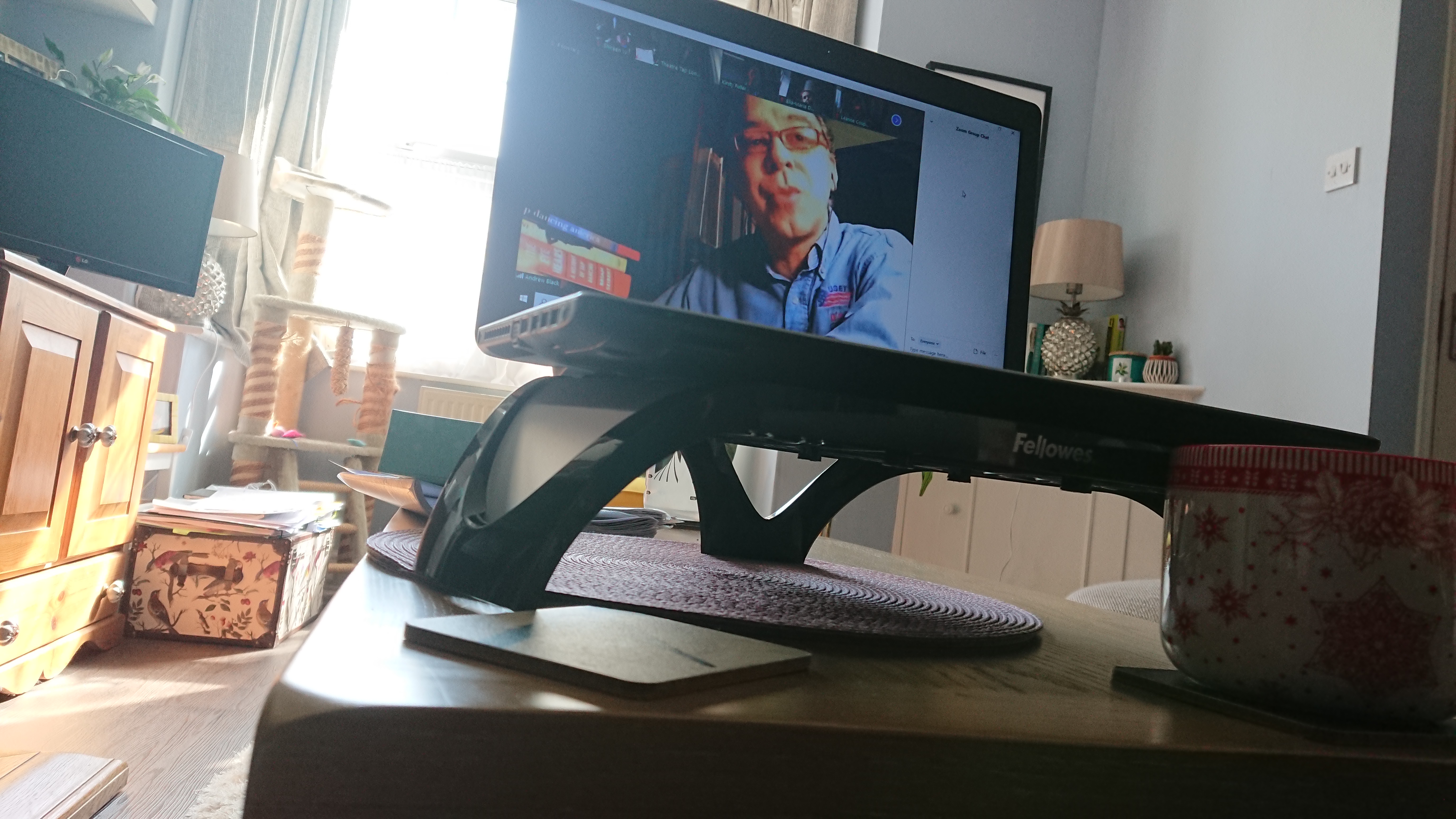 Last Thursday afternoon we were joined for our penultimate Tap & Tea session by New York tap dancer and choreographer, Andrew Black, who specialises in theatre tap styles of the 1920s-1940s. He’s known for White Christmas, Tap Dogs, Singing in the Rain, 42nd Street, and many more amazing shows. He currently teaches at Steps on Broadway, and confessed that he had to audition FIVE TIMES for 42nd Street. This session was a jam-packed tap history lesson!

He recommended several books that are well worth getting hold of. (It was cool – he had several huge hardback dance books piled up in the background). I have 3 of these books, and I’ve included the link to the review I wrote of the Rusty Frank book in 2017, in case you didn’t read it at the time:

Andrew is big into the MGM movie musicals and naturally, he recommended we watch them all, as well as newer stuff, such as Gregory Hines’ movies Tap, The Cotton Club and Bojangles.

On the subject of MGM, we looked at Great Depression of 1929 and he told us to read up on ‘Pre-Code Hollywood’, referring to the brief period between the first ‘talkies’ (1929) and the introduction of the strong Catholic moral code of censorship in 1934, known as The Motion Picture Production Code (aka The Hays Code). The code was introduced and enforced to clean up the movies after the release of several risqué movies and many off-screen Hollywood scandals. In those days, people went to the movie theatres for more than just a big movie release. They also went to see the news, public announcements and to watch cartoons etc, and therefore hugely influential. The code banned things like profanity, blasphemy, depictions of interracial relationships, white slavery, suggestions of nudity, vulgarity, obscenity…: “if motion pictures present stories that will affect lives for the better, they can become the most powerful force for the improvement of mankind”. (Note that Some Like it Hot (1959) starring Marilyn Monroe, Jack Lemmon and  Tony Curtis ignored the code!) The Hays code lasted until 1966 when the film rating system came in. (Read more from BFI Screenonline)

Andrew, like everyone we’ve listened to so far, had so many positive things to say about Gregory Hines, who brought tap dance back to the stage, in shows such as Sophisticated Ladies. Mr Black was a very enthusiastic guest, and we actually ran out of time (after we over-ran), so he has been invited back when the sessions re-start in a few weeks with another line-up of amazing hoofers!

This Thursday, our last session of six, we will be joined by Lisa La Touche… 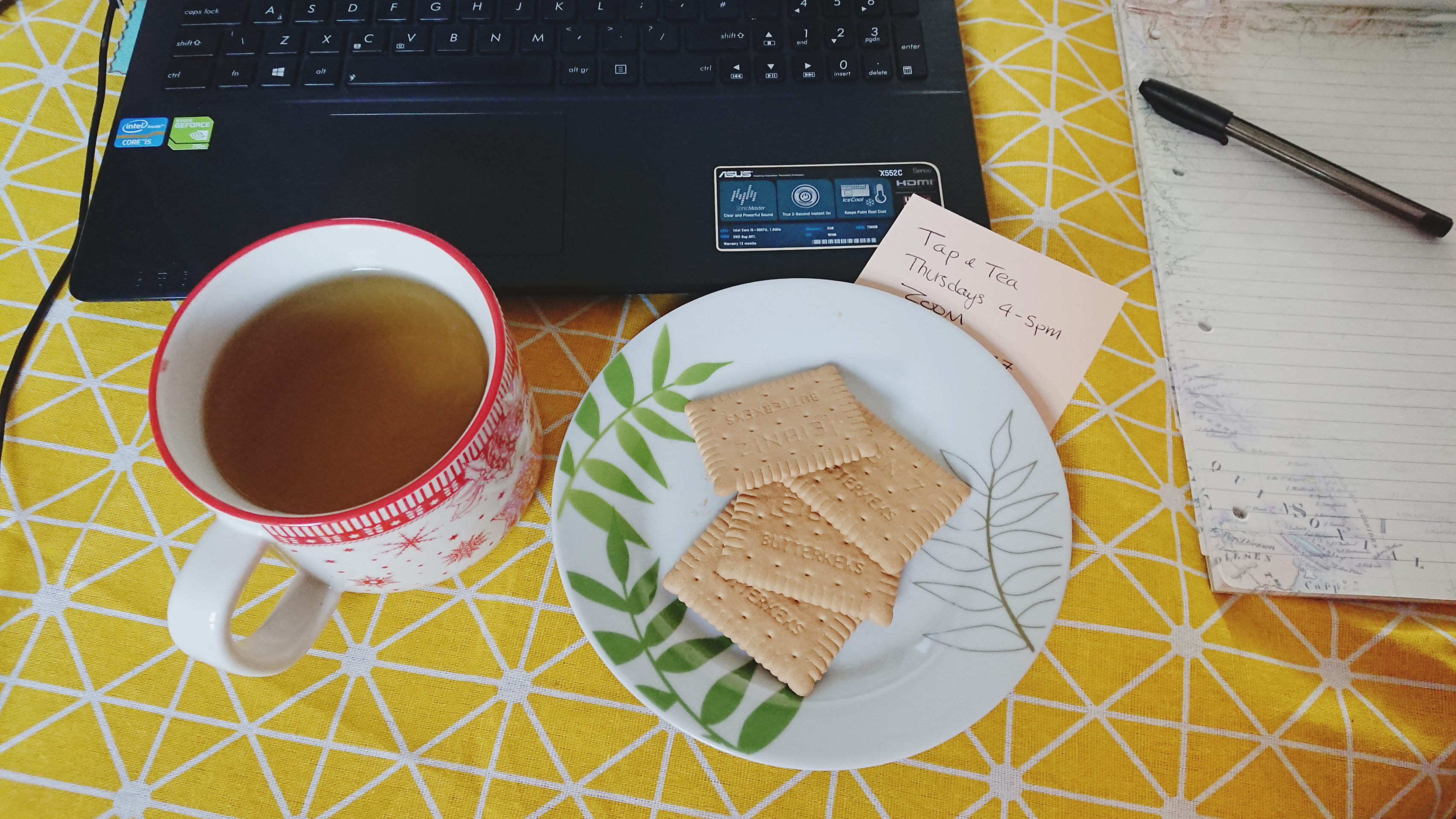 Yesterday I signed up to Theatre Tap London’s Tap and Tea study sessions taking place every Thursday at 4pm on Zoom for the next six weeks! They have a different tap pro scheduled to talk each week about tap history, context, technique and so on, followed by a Q&A.

I attended the first one this afternoon, (along with 48 others!) with special guest Nathan James, who spoke passionately about his PhD research into the big MGM musicals, concentrating particularly on Ann Miller and Eleanor Powell.

Some interesting facts of note:

I’m looking forward to next week, where we’ll be learning from American Tap Dance Foundation’s Tony Waag, who I was lucky enough to take a class with at Tap Dance Festival UK back in January 2019.