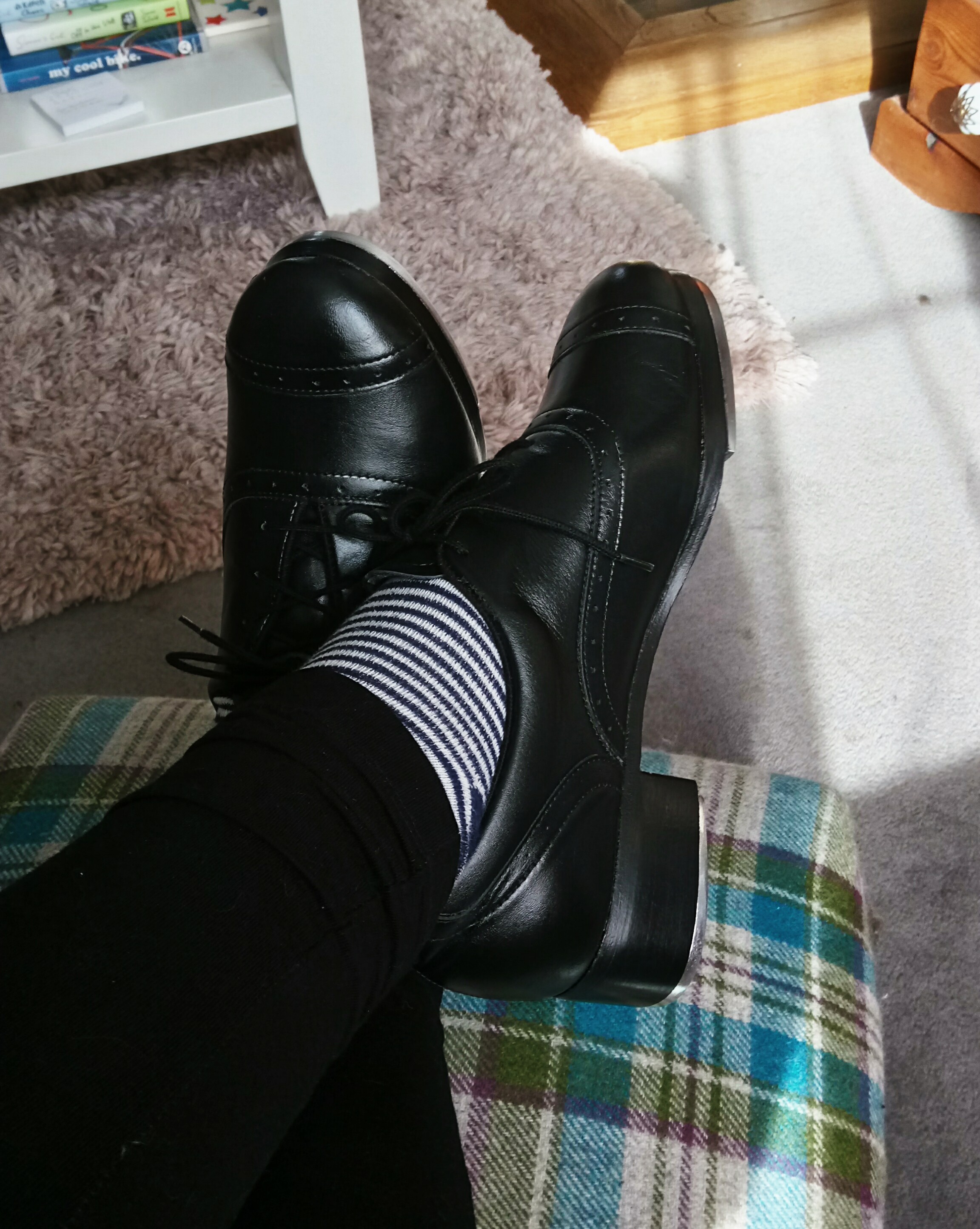 Okay, I was naughty a few weeks ago and went and purchased another pair of Jason Samuels Smith tap shoes by Bloch, this time in black. I have to say they’re now retailing about £30 more expensive than when I bought my white ones, but I managed to track this pair down for the original price from a dancewear shop in Edinburgh 🙂 I’ve also just sold an old pair of Bloch Sync tap shoes (as well as a few other things) on Ebay.

I haven’t worn my new Jasons to a class yet, but the beauty of the Jasons is that they are very quick to wear in and I’m thinking I’ll bring these ones out either next half-term or in January. As with other shoes, it’s probably good to have at least 2 pairs of tap shoes on rotation.

On Wednesday evening I went along to week 2 of advanced beginners and intermediate rhythm tap. Both classes were amazing again, and by the end of it my toes were really sore! In the intermediate class (level 3) we had to pair up to work on a double flap exercise (f-f-lap), so I partnered with ‘L’. Talking later on, it turns out she did all the tap dance grades when she was a child and basically tapped for 10 years, stopping when she went to University. Telling her I only started learning in 2014/15, she was amazed at my progress! But then I said I want to learn to do pullbacks, but just haven’t managed it yet.

She said she can do wings and pullbacks all day, but finds the closework we do in rhythm tap (e.g. crawls and other co-ordination beasts!) difficult. This led us onto discussing the differences between **SHOW** tap and rhythm tap. I guess you could say that one focuses on appearance and the other focuses on the sounds. I wonder if I’d struggle with syllabus tap, having only learnt the rhythm style. Interesting, huh?

In level 3 we are using the song (Get off Your) High Horse Lady by Oasis. Although we had the opportunity to film level 2 (but not level 3), I have also written down what I can remember of both routines, so hopefully I won’t get the two mixed up! 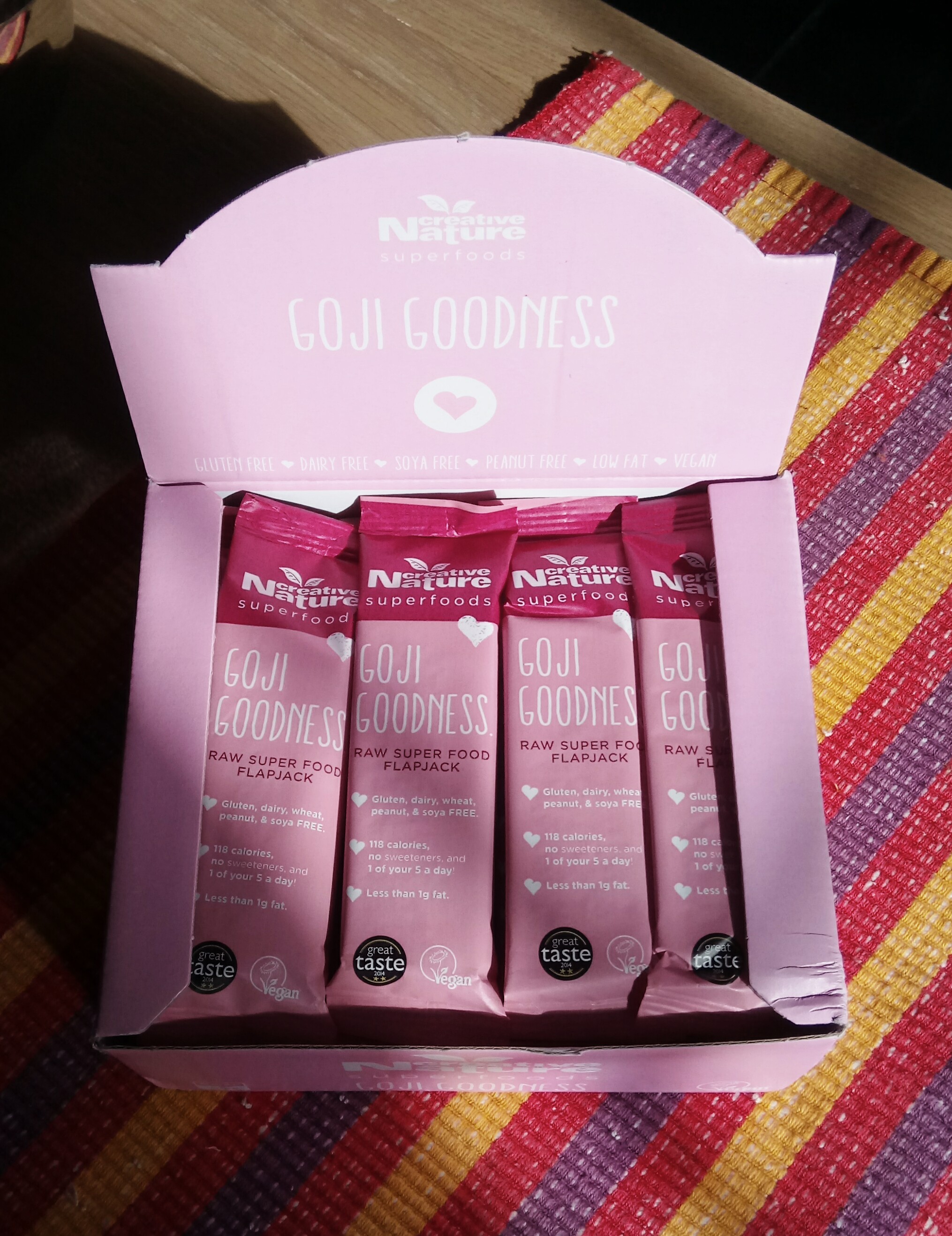 On the train home I ate a Goji Goodness raw flapjack and drank a load of water. Unfortunately I forgot to grab a banana to have as well. I got home around 9.45pm and had tiny bit of food that I’d prepared the night before and a swig of Green Smoothie.

After a shower, I ran through my super-quick routine to roll out the muscles in my feet and legs, then I went to bed around 11pm. On Thursdays I have agreed to start work at 9.30am so that I can have a lie in and recover (except this Thursday there was a signal failure on the tube, so after going all round the houses, I didn’t get to my desk until 10am). It’s a long day and I’m still not sure it’s sustainable for the long term, but I’ll enjoy it for now…until our teacher creates a level 3 class at around 5pm on a Thursday…PLEEEEEASE

Do you struggle to remember more than one dance routine?

What are your go-to post-exercise recovery snacks?