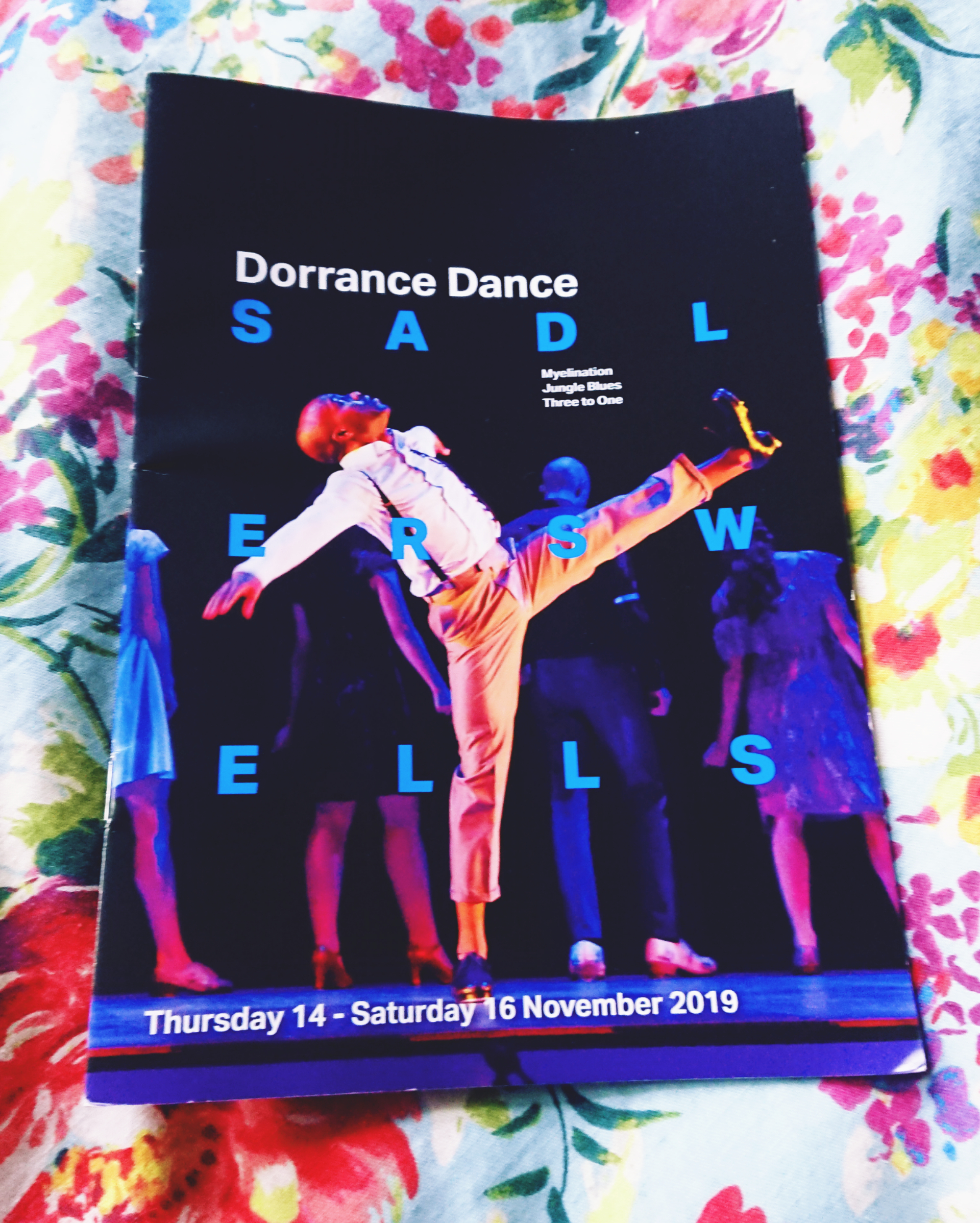 Last Thursday evening I went to Sadlers Wells, London’s home of dance, to see Dorrance Dance perform a triple bill: Three to One, Jungle Blues and Myelination. Led by Michelle Dorrance, Dorrance Dance are known for their Rhythm Tap as opposed to the typical theatrical showtap style, which made me jump at the chance to see them.

A lighthearted, southern, bluesy piece featuring the whole company. Smiling and laid back, with the gangly and awkward Warren Craft sliding around the stage in a slapstick fashion, it was fun to watch.

After a short break, this piece began with 3 pairs of legs illuminated by a rectangle of light. Dorrance was in the middle in tap shoes and two barefoot male dancers were either side, doing exactly the same steps; an interesting concept of sound and silence, light and dark. Eventually they were fully lit and Dorrance is thrust into the darkness.

This final, longer piece showcased the entire company, including the two breakdancers. The pint-sized B-girl was mesmerising in her contortions and fluidity of movement, if not slightly disturbing at points. I’m thinking of her frenetic movements on the ground, engulfed by red light as Warren Craft plays an electric guitar behind her, like something from The Exorcist (I’ve never seen the film, but I’ve seen enough trailers and silly gifs).

This show was pure rhythm and every sound was hit like a drum. Each dancer had their time to shine, and my favourite was Christopher Broughton’s old school tap solo, which was a nod to dancers such as the Nicholas Brothers, Bill ‘Bojangles’ Robinson and others. A suited Nicholas Van Young’s quick tapping brought to mind Gregory Hines’ close to the floor tap style.

Can I just mention the live jazz band on stage. The singing was exceptional. The guy on the keyboard and occasionally the drums had a voice like velvet. I’d buy his album!

I give the show 4 out of 5 stars for its innovative 21st century interpretation of rhythm tap dance, but it wasn’t as exciting as I was expecting, after rave reviews of previous shows. It was probably a little ‘out of the box’ for me this time.