Guys, I have just returned from having a FULL BODY massage plus complimentary facial this afternoon and I FEEL GREAT. I’ve had a really annoying ache at the base of my neck and around the shoulder blades and upper spine area, likely from how I’m working at my home desk and the height of my laptop. Although I’m trying to do lots of stretching, movement and strength work, it hasn’t improved much, so I decided to get a massage. I used to get a massage every 2-3 months at a therapy clinic near my workplace, but the lady I was going to has ceased to operate from that central London location because she wasn’t getting enough customers with the way a lot of people’s work patterns have changed – I mean I’m only there 1-2 times a week now). I did a quick search on Google and managed to find two massage clinics near home – the first one I tried I got no answer when I phoned both numbers listed. The other one answered, so I went with them – plus they have fantastic reviews. I feel SO REFRESHED and I have to say my neck and shoulder blades are feeling a lot better already, and the surprise complimentary facial and scalp massage were an added bonus. As I told the therapist – IT WAS JUST WHAT I NEEDED!

Tap class is going really well. I had to miss the first two weeks of this 6-week block due to feeling under the weather and then the train/tube strikes, but I made sure to use the practise videos that are shared every week to catch up. The combination we’re learning is a little tricky at first, with loads of direction changes, so I made sure to go over and over and over it. We’re also working on a section of the BS Chorus and playing around with it, which is great, because I learnt it at the summer tap intensive! It’s November and my garage is now officially freezing, so I’ve not really been in there to use my floor recently. I’ve been staying in the warm and practising in socks on carpet! We’re dancing to I Like it Like That by Pete Rodriguez – I can’t believe we only have 2 weeks left until we break for the holidays! 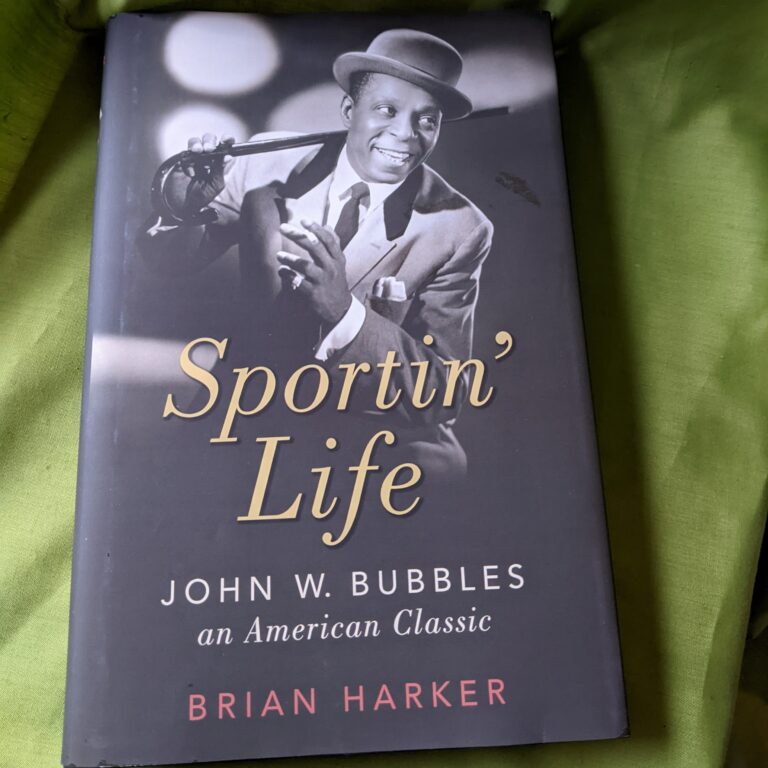 Last week Tap Dance Research Network hosted a talk on Zoom entitled ‘Sportin’ Life’ on John W. Bubbles, aka the Father of Rhythm Tap, with author and jazz scholar Brian Harker (Brigham Young University, Utah), who has written a book all about him, and tap dancer and historian Jane Goldberg (Changing Times Tap Co), who actually knew John. It was a really interesting talk, hearing about his life and Vaudeville career as one half of ‘Buck & Bubbles’ and later as a solo act, and how he took tap dance and made the steps more complex, adding more heel drops, swing time and improvisation. He even had a come-back career in the 1960’s appearing on many tv shows, USO tours (with Bob Hope, Judy Garland, Barbra Streisand etc) and in the nightclubs (this was before nightclubs became sticky-floored meat markets!). Apparently he gave Fred Astaire a tap lesson, but Astaire never admitted this. It was kind of sad to hear how Bubbles had become slightly embittered by how he was treated as a black American, but I mean, who could blame him? It was another enlightening evening and Jane Goldberg even shared some footage, including some of her and John. Someone asked how many people on the call had Brian Harker’s book, and honestly, I hadn’t even heard of it until that night…so I ordered myself a copy the next day and I’ve added it to my list of Must Reads! I’ve got so many books lined up, I’m actually overwhelmed.

Right, I must go – I’m going to a winter fayre in a local high street this evening, my hair’s still a mess from my scalp massage and I don’t want to miss the hot dogs!