Virtual rhythm tap class got off to a good start last week. Even though there are only two of us enrolled on the online daytime course, the course is NOT cancelled (yay!) so we can carry on. It would be a different if we were physically hogging a studio. The alternative would have been to switch to Wednesday evenings again, but I like tapping at lunchtime 🙂

I was supposed to be starting ukulele ensemble class last Friday evening, and I logged onto MS Teams at 6pm…and nothing happened. There was no meeting taking place, so I emailed and phoned the college, and finally, today I’ve been told that there weren’t enough students enrolled, so it’s cancelled. Boo! Waiting for my refund.

I also got an email earlier this month to say that our beachfront hot-tub break in the South-West is also cancelled, which is no surprise with the current lockdown situation in the UK. We really love a late January/early February break (plus it’s cheaper, being outside of peak holiday season), but it is not to be this time. But I’m thankful that we got to go away in the Summer.

I have enrolled on Tap Dance Festival UK’s online festival in February! I wasn’t actually intending to do this, but then I saw that Robin Passmore will be teaching drills, and I jumped straight onto the registration page (unfortunately missing the early bird registration by a few weeks)! New Jersey-based dancer and studio owner Robin was on the faculty at the very first Tap Dance Festival UK event I attended in Manchester in 2018, and I definitely enjoyed her class the most because she concentrates on drills and precision, which is evident in her extremely clean and accurate tap sounds. Some people find drills boring, but I absolutely LOVE THEM. After all, that’s how you get better.

This Friday I’m having a digital fitting with Tap Dance UK for some Artefyl Zapatos tap shoes from Spain – my first ever pair of customised tap shoes! I had enquired about Miller and Ben tap shoes through a UK based distributor, but there’s been a massive delay in communication between them and New York, so on their advice I cancelled the order, and then the Artefyl opportunity popped up. Hopefully shipping from Spain will be much less complicated! 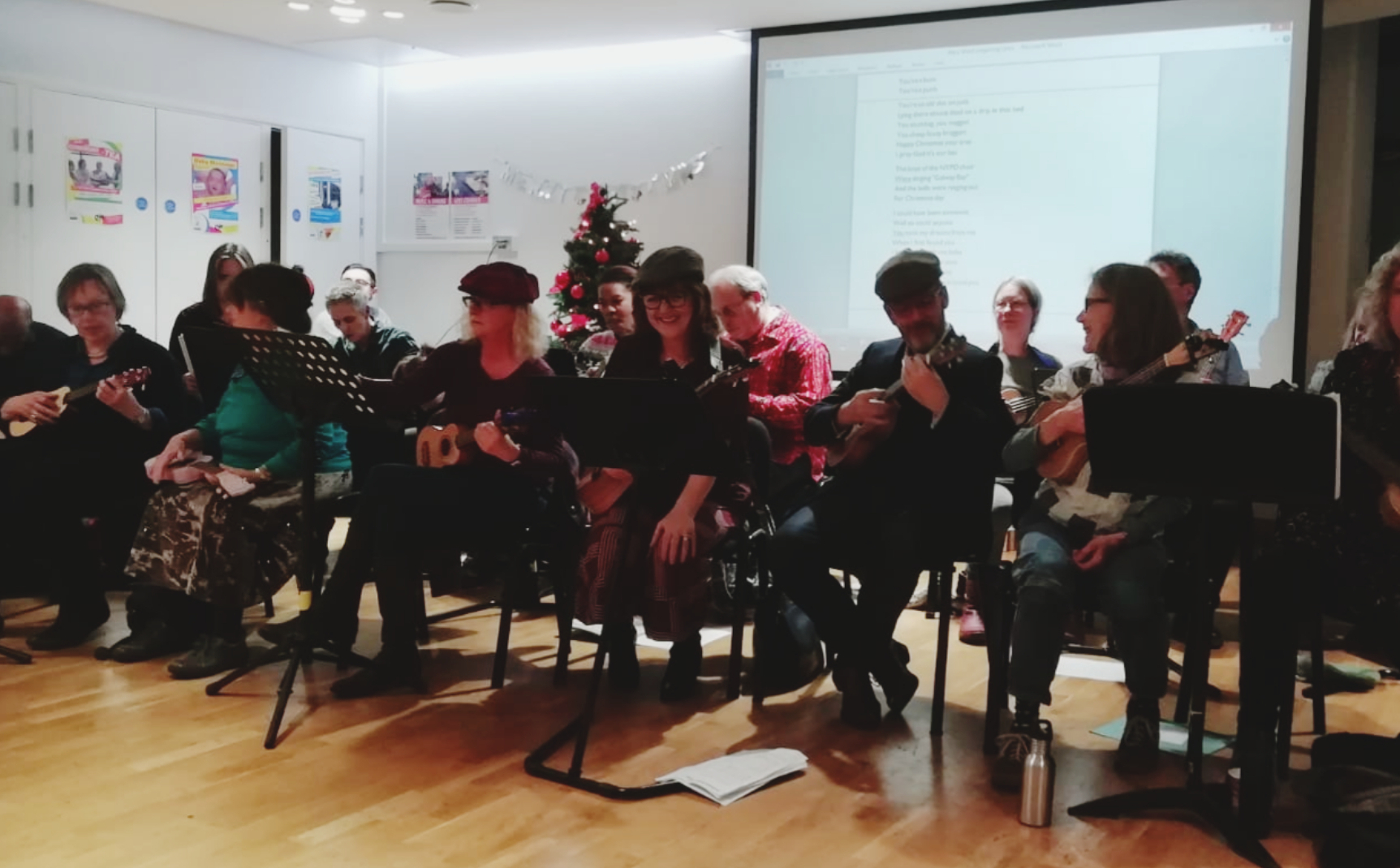 Last night was the night of my debut ukulele performance!

The end of term performance was made up of beginners, improvers, and two ukulele song groups that meet during the day. We performed songs in our own groups as well as all together. After half an hour of drinks, nibbles and mingling with our guests (one of my colleagues, plus my SO came to watch), we kicked off the evening with a song written by someone in the improvers class, which included a kazoo piece… As beginners, we performed ‘Teenage Kicks’ and ‘YMCA’, joined at the front by a guy who volunteered to lead the actions! The other groups played songs including Leonard Cohen’s ‘Hallelujah’, ‘Fairytale of New York’, George Formby’s ‘Leaning on a Lamp Post’ and Maroon 5’s ‘Memories’. We all came together at the end to perform ‘Santa Baby’.

It was so much fun! I did feel a little nervous during the rehearsal, and I even wondered if I was going to get the giggles when I saw my friend and SO in the audience, but that was all gone by the main event. I wore a Christmas jumper! Everyone sang along!

I spoke to the tutor afterwards about the next steps in learning and I mentioned that I’m returning to tap dance in January, which led to her and a guy from my class talking about their experience of learning or having a go at tap dance and wanting to try it again…so I gave my recommendations!

It has been quite a week for coming out of my comfort zone, actually. On Sunday my SO and I led the second Sunday in Advent service at church, and I really hate standing up the front and reading aloud. I get really nervous, a dry mouth and a scratchy voice. I think people are surprised when you can dance in public, but dislike speaking or reading. Two very different things! I really need to be more Alan**.As it was Advent, we arranged the chairs in a circle with the advent candles on a table in the middle as a focal point, which was lovely, but also made it easier in terms of nerves! I actually read out a Bible passage, a prayer and finished with a fairly long poem…and I enjoyed it! The next one is in late January. Who knows, I might even play my ukulele.

**Alan is a guy from a local running shop who has the gift of the gab; he’s an outward processor! 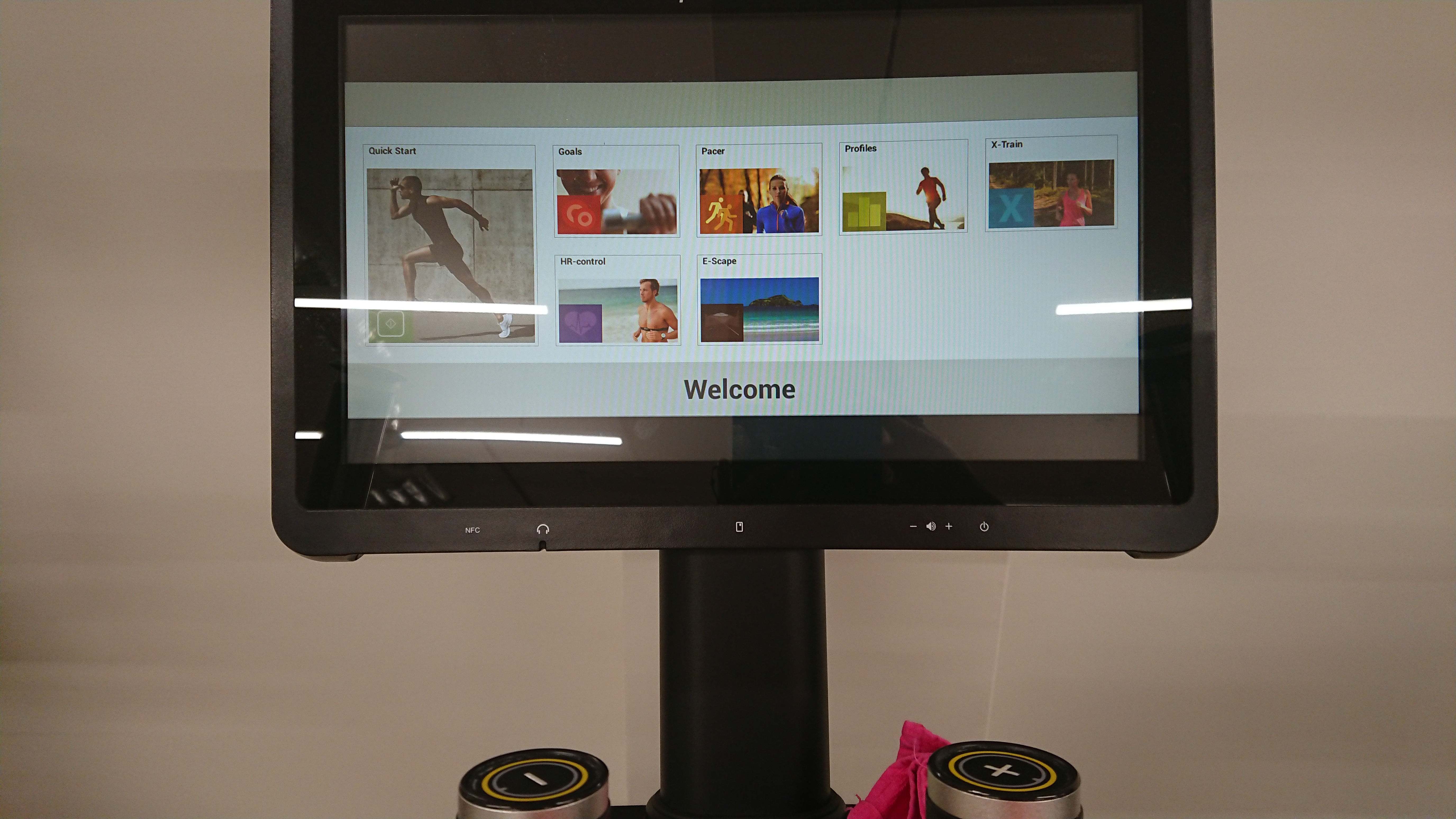 Last night I went back to Rhythm Tap 1 and 2. I was half looking forward to it and half not, having had flu the previous 2 weeks, but once I got there I was back in the zone! I have to say the classes have become really popular (we have a great teacher and the style is modern and upbeat), so it was quite full. It was also nice to see faces from last term back again.

We did some more complex steps travelling backwards across the room, adding in some extra heels here and there. We were also working on tapping in 3 beats to a bar, like a waltz. Thankfully I had clarinet lessons when I was at school, so I understand musical time signature to a point. At the moment I am trying to work on keeping down in the knees and making the steps smaller and more accurate. Easier said than done! 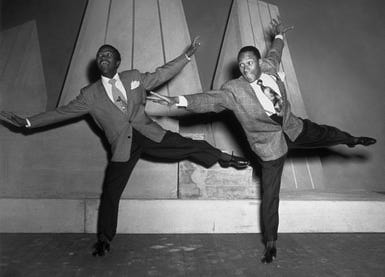 Because the class size is so big, I am finding it a little hard not to get pulled into what the crowd are doing, which tends to be speeding up like a military march and ignoring the beat of the music! Last night I tried to ignore that and feel the music and not worry about being the last one to get to the other side of the room. It’s more important to get the steps right than get there first!

Highlight of the class: heel click in the air!

Things to practice this weekend: