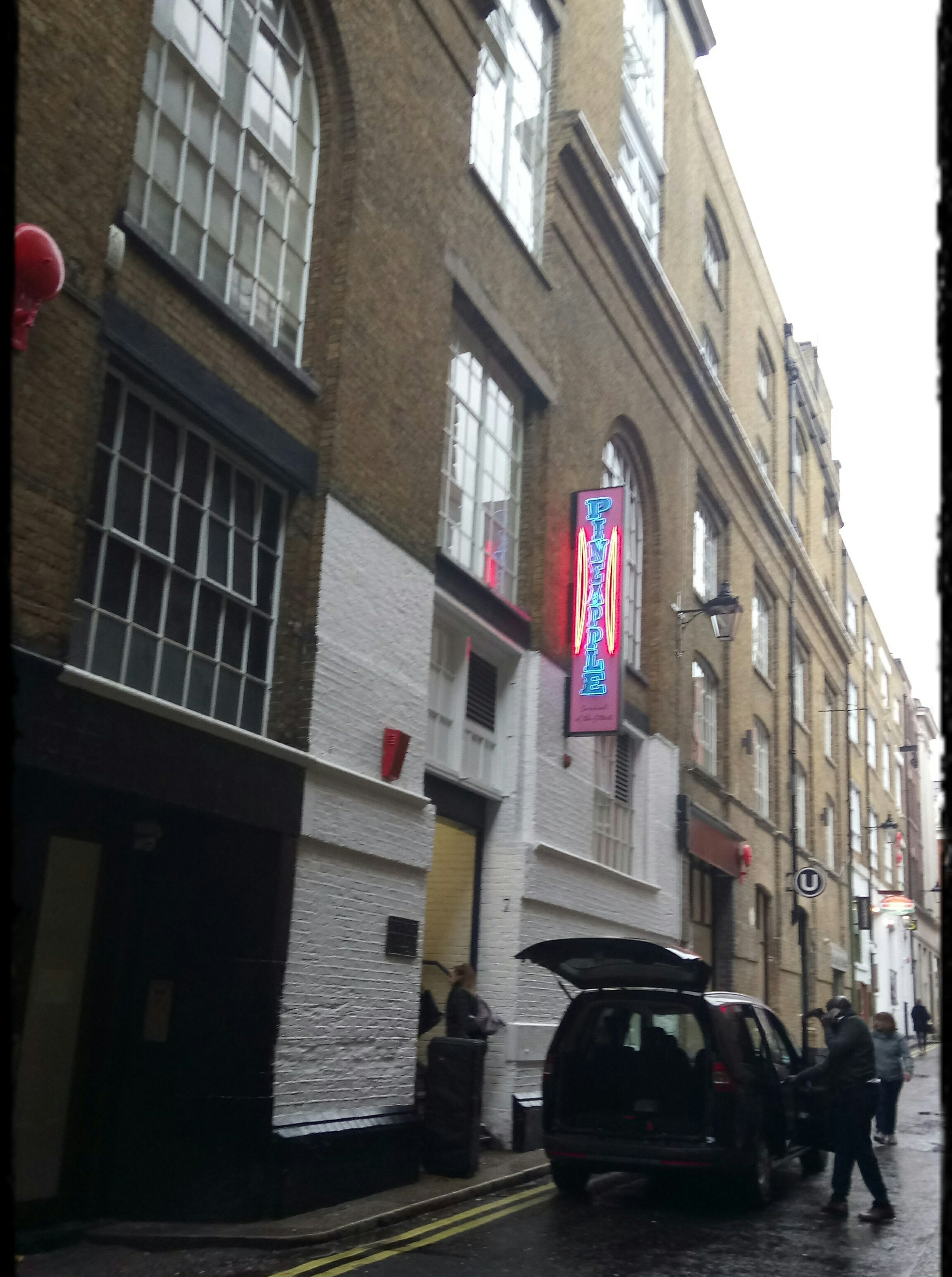 So yesterday afternoon I went into London and took part in the OMG So Stagey Cats (The Musical) Workshop at Pineapple Studios, Covent Garden, taught by cast member Cameron Ball (Macavity/Admetus).

It was a packed studio as expected, and extremely hot until someone found the air con switch! We did a quick aerobic warm up consisting of jogging with various arm circles, plus some stretches and some cat-like movements and mannerisms to get us into character and ready for the routine we’d be learning…. The Jellicle Ball! OMG Yes, everyone was very excited!

If you know the Andrew Lloyd-Webber musical, you will know it’s the bit everyone gets excited about. It’s a 12 minute full on dance piece, but we were only learning the first few minutes. Apparently the full piece is notoriously a killer! The part we learnt is an audition piece – ooh!

The choreography by Gillian Lynne is amazing. Formerly a ballet soloist, she is now 94 and apparently still does the splits, every day. Wow.

I’ve been to see the show several times, including once at its original home, the New London Theatre in Covent Garden’s Drury Lane. I also have the show on DVD, which I used to dance along to a bit here and there, so I kind of know the part we were learning very well, but obviously we were learning the intricacies that you don’t pick up from a DVD, i.e. the particular steps, and the bits when the camera pans away to something else! But this prior knowledge definitely helped me remember where I supposed to be going because there are a lot of changes of direction. We performed the piece various times as a whole group, in 2 groups and even in 3 groups while the others watched. There were also people watching from outside the studio – all adds to the exhilaration of performing!

After learning the routine, we were then taught the bit at the very start very start of the Jellicle Ball, where we all begin by lying on the floor and then different cats pop up as they sense that someone is there (Grizabella, a fallen glamour cat). We were all labelled number 1, 2 or 3 and then each number had a different thing to do once the music kicked in. I was a number 1, so I was tapping on the floor with my claws 6 times, then I had to come up to standing, bring my hands up in front and behind my midriff with knees bent and then do a kind of jazz-hands, head shake, body shake. Others were shoulder shimmying and or shaking their booty. So much fun! This then led into our main routine, which we then performed all the way through in groups and all together!

I have to say I felt my back pinch the last time through, but, the show must go on! I was ok, I had just over-rotated when I was on the floor.

It was such a fun afternoon and I finally got to learn some of the Cats choreography, which I’ve wanted to do since I first saw the show in the 90’s.

p.s. Only one person was dressed up head to toe in costume, plus makeup! No, it wasn’t me 😁

OMG So Stagey do other West End Workshops at Pineapple (Kinky Boots, Les Miserables etc), so check them out if you’re in the London area.