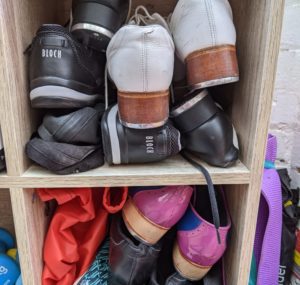 I hope you’ve had a good week? Yesterday I had my last tap class of the half-term. The next block of 6 begins the week after next, but I’m wondering whether to take a break until September (shocking, I know!) and try to work my way through some of the video content I still haven’t looked at from the various festivals, workshops, classes, one-off events, etc that I purchased last year. I find it hard to fit in when I have exercises and choreography to practise for my weekly class. I’m unavailable about 2 or 3 weeks of the next block, if I sign up for the usual Wednesday or Thursday class, so if I do enrol, it’ll be on the Tuesday night class. I may…I may not.

I continue to explore writing as a career, and so last night I attended an online masterclass from The Guardian newspaper entitled: ‘Kickstart Your Freelance Writing Career: A Journalism Workshop’, with journalist Coco Khan. I did actually write for a couple of student magazines when I was at university all those years ago – I was a writer for a publication called Student Pages, where I did a travel piece and another piece where I interviewed friends about their courses and career aspirations. Alongside that, I also did music reviews for another publication (can’t remember what they were called now), where they sent me free CD singles and I wrote what I thought of them! Unfortunately, both magazines closed down in my final year, and what I should have done when I finished university was get in somewhere else while I had a current portfolio of work. But you know, life gets in the way, you get an unrelated job and forget about it for several years. (Also, when I was at secondary school I had a theatre review published after my Classics teacher submitted it to a magazine – I have to say they changed it so much, it didn’t sound like me at all!)

Anyway, back to last night’s Guardian Masterclass. There were 60 of us on Zoom meeting, and Coco talked about finding and developing your own voice, how to break into journalism, pitching your story to (extremely busy) editors, delivering great journalism, building relationships with editors, building resilience and handling rejection. It was a two and a half hour class, but we were late starting due to internet issues, and by the time we came to the 5 minute break, nearly 2 hours in, I had a thumping headache, and had to exit before we got onto having a go at writing a pitch and the promised ‘mammoth’ Q&A at the end. Questions were asked and answered at various points throughout, which was helpful, and they will be sending through the presentation slides. I got SO much out of the session, and it made the idea of pitching a story, opinion piece or personal essay to a magazine, newspaper or website a lot less intimidating – if no-one replies, or they don’t go for your story, don’t take it personally! They’re busy and they get hundreds of pitches in their inbox every day. We’ll see what happens!

Try not to second-guess yourself.

Get back on the horse.

Don’t put your pen down. 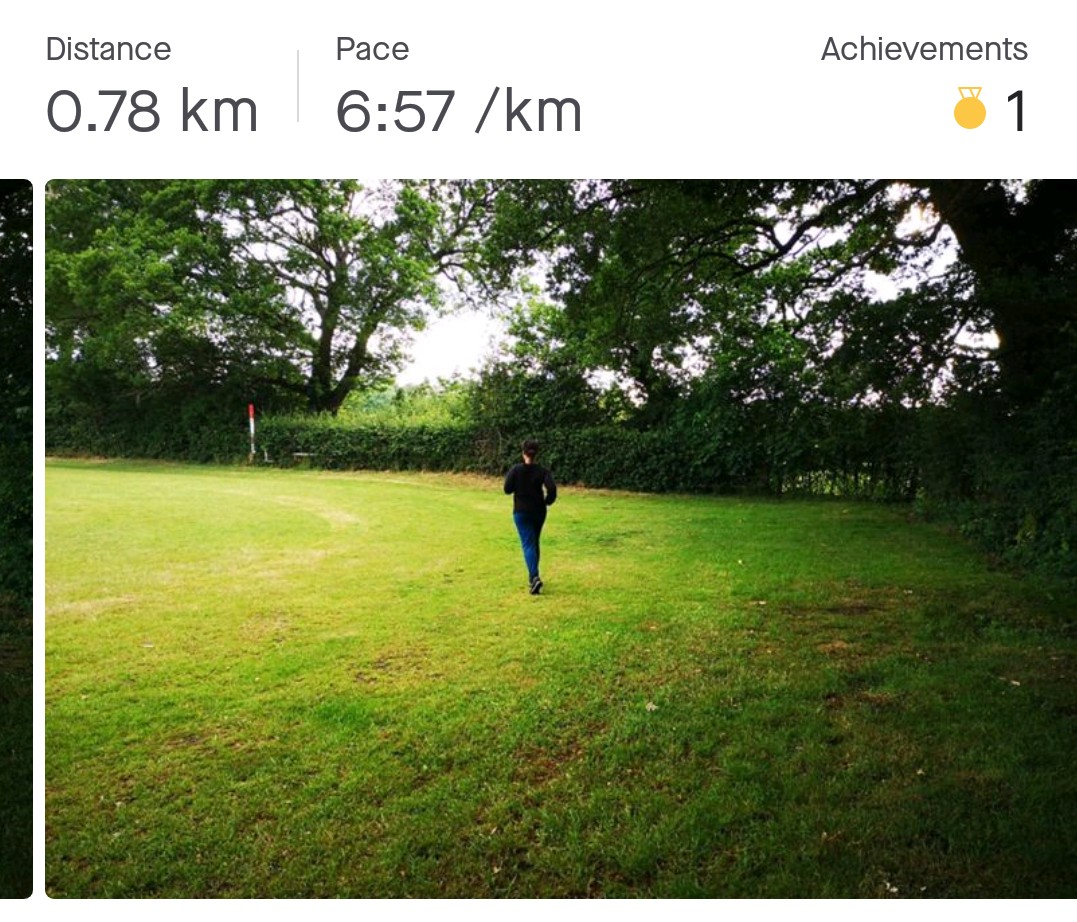 1. I completed a 5km run for charity (in stages) to a 90’s music playlist! The longest distance I ran in one go was 1km, which I was really pleased with. My SO is a proper runner, so he did a great job coaching this reluctant jogger. Now I’m waiting for my ‘I Love the 90s’ medal and t-shirt, and even though I said I was done with running…I’m wondering whether to sign up for the ‘I Love the 80s’ run… 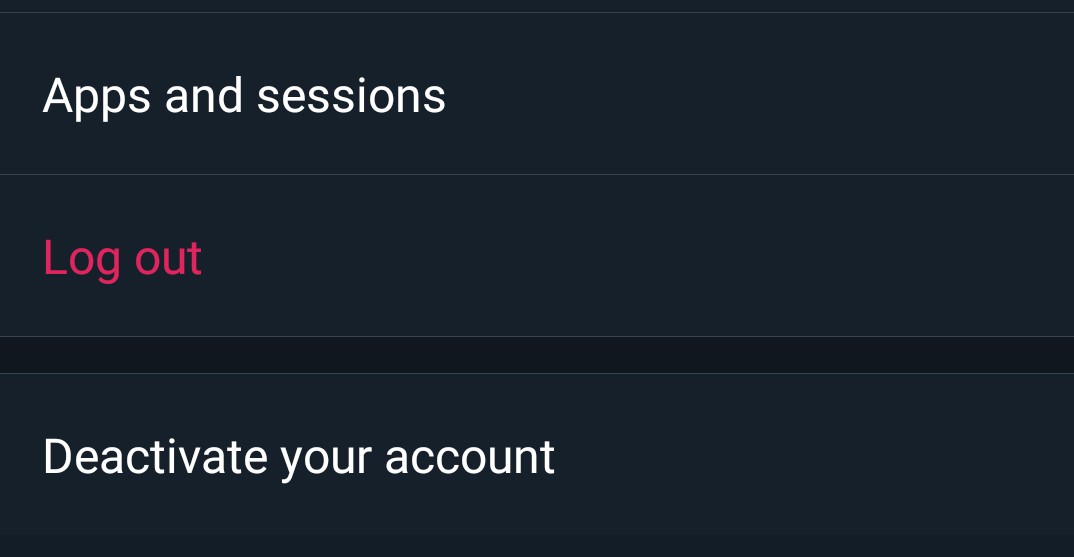 2. I quit Twitter. Well, my personal account anyway. I’ve kept my side biz account for now. I mainly used my personal Twitter for keeping up with London travel, news stuff, dance, cute animals and reading funny comments about TV shows. BUT, I’m just DONE with all the negativity and bigotry and politics that is oozing from it at the moment. It’s not even that I follow these accounts, but you know, you get drawn into reading the comments underneath. I really do have better things to do with my life! 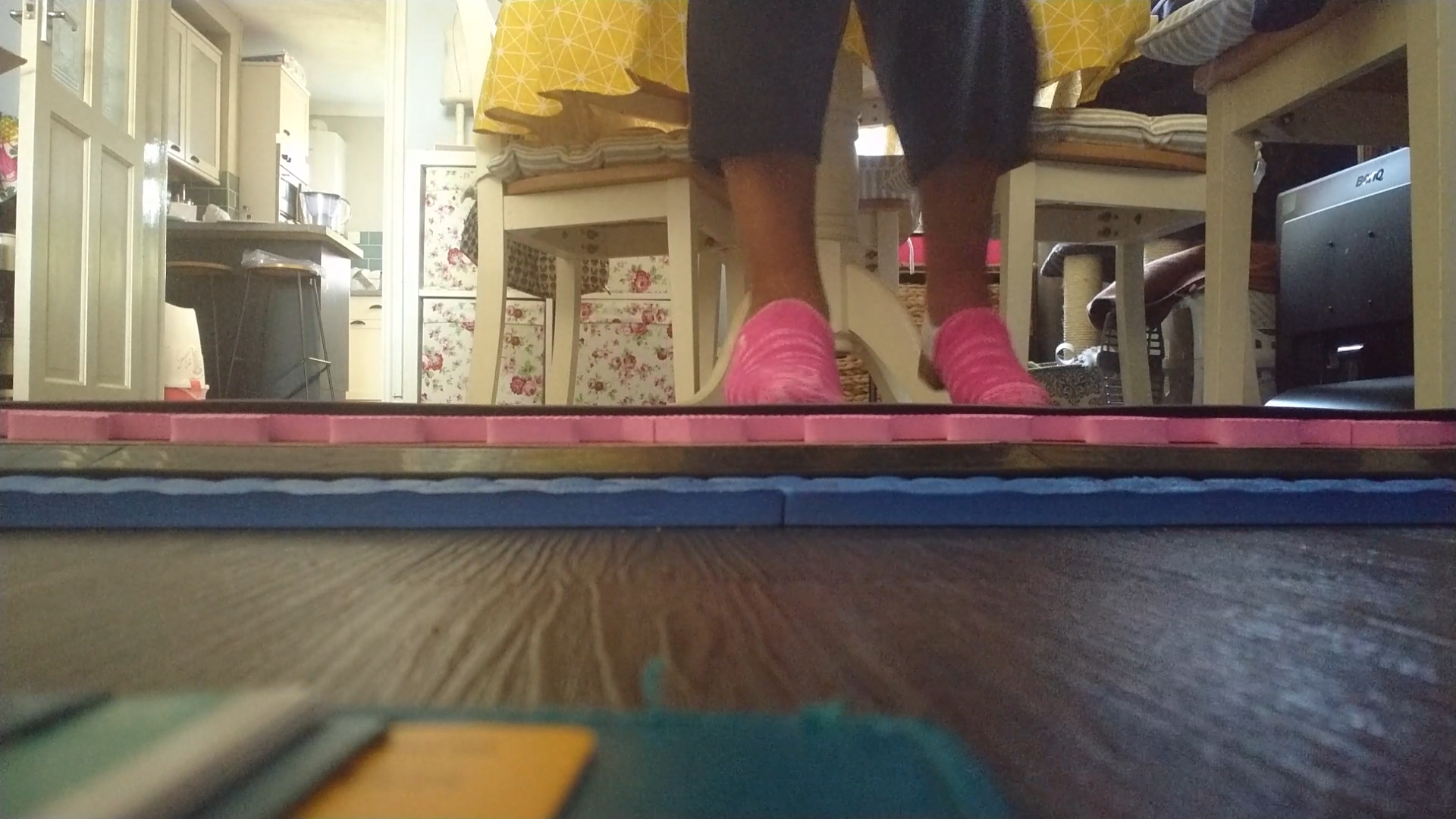 3. Tap class was cancelled on Thursday because our teacher (and most of London’s Virgin Media customers) had broadband problems. To be honest, I didn’t actually mind because I was quite hot and bothered in the humidity. I had practised quite a bit on previous days, and I had another Tap & Tea history talk in the afternoon, with repeat-guest Andrew Black, who this time took us through the history of tap dance in New York City, so it certainly wasn’t a tap-free week by any means 🙂 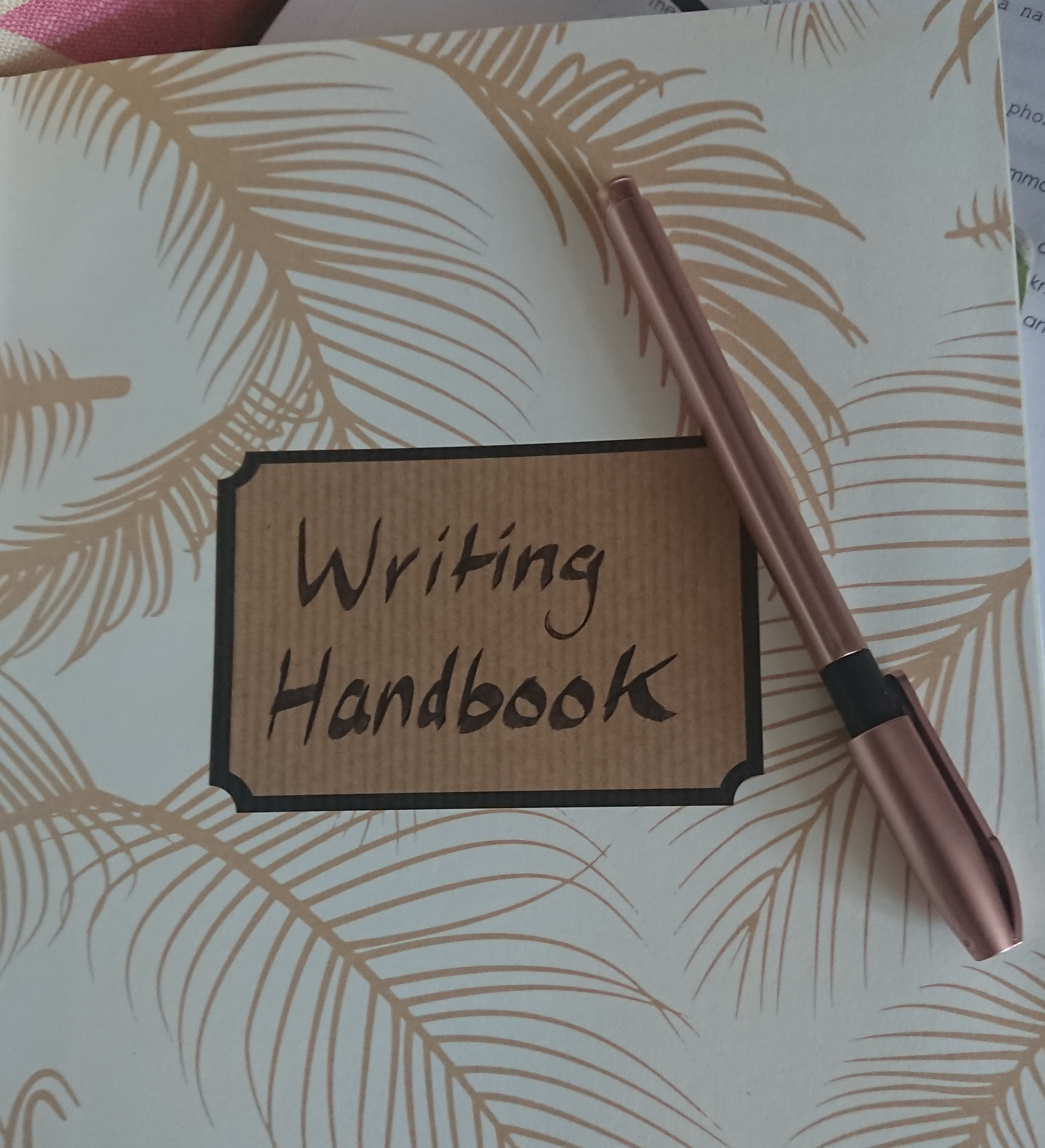 4. I set up a Writing Handbook. I think I mentioned on here last year that I wanted to return to my original teenage goal of becoming a professional writer (but often life and lack of confidence gets in the way and you end up just getting ‘a job’). Over the lockdown period I’ve been doing an online writing course, and last week I set up my Writing Handbook to gather all the helpful writing tips I’ve discovered into one place. Progress may be slow right now, but it’s still progress!

I’m still trying my best not to put myself under pressure to achieve loads during this period of being on furlough and stuck at home, because let’s face it, it’s difficult to stay motivated at the moment, despite having lots of free time! I am still writing myself a to-do list every week, but it’s much shorter than usual, and if I don’t complete a task, so what? The list is there for structure and motivation, rather than to create pressure to DO DO DO. Plus I love lists!

Work has said, sensibly, that everyone should be using their annual leave (pro-rata) just so we’re not all trying to take it at the same time later in the year. I’ve booked a week of annual leave (yes, leave from furlough) just so I have some days where I won’t be wondering if work is going to call me, or if I’m going to be called back to work at short notice. I was in touch with a friend (and former colleague) over the weekend who was made redundant from her job recently, and she said that at the moment she’s not putting herself under pressure to get another job straight away, but she’s using the time to enjoy the break and top up her tan after a sustained period of work stress. Now that’s the spirit! 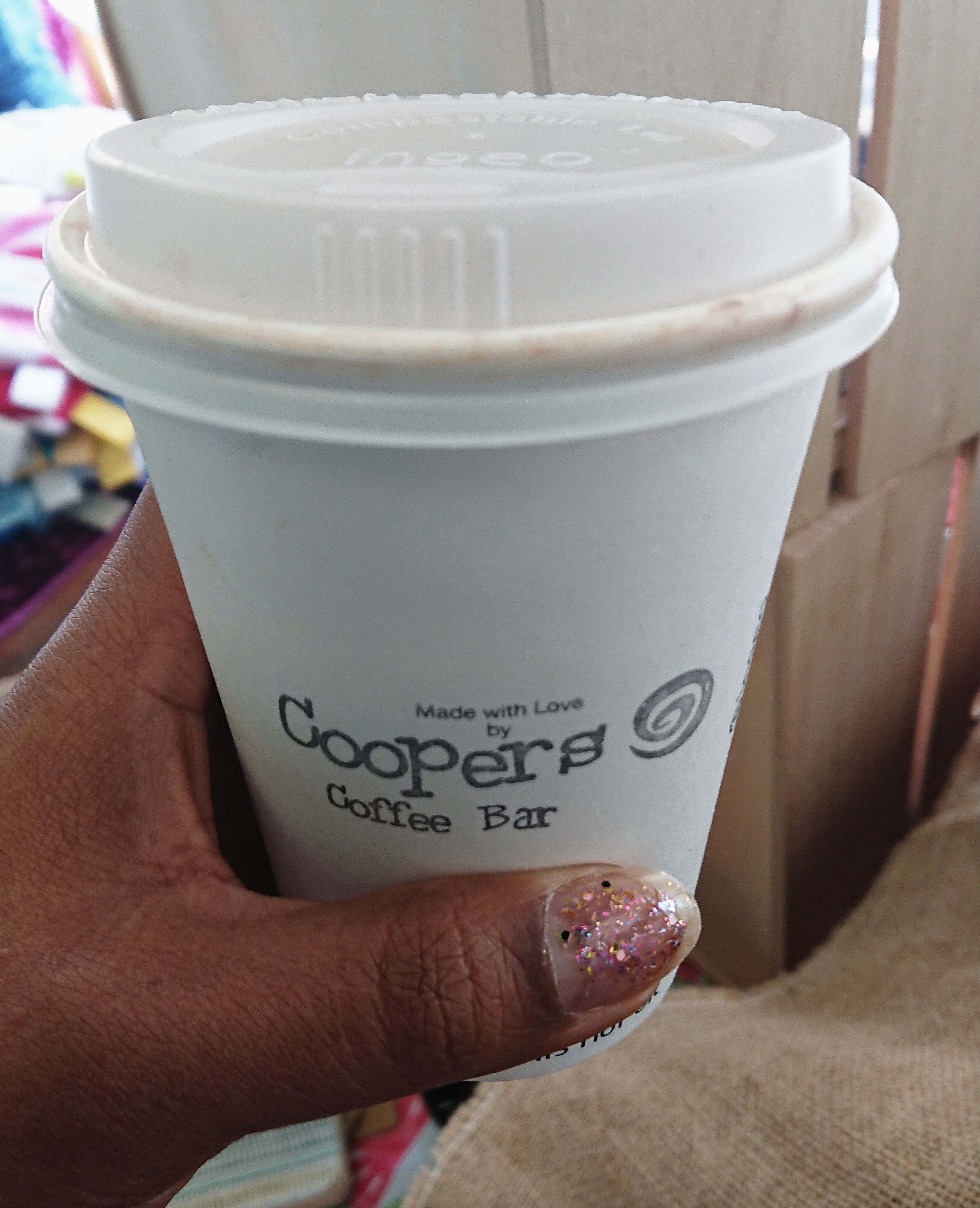 A few months ago I decided to make 2019 my year of getting back into writing. I’ve been writing this blog, plus small amounts of content for my soap biz website and social media, and I update web pages for church and work…but now I want to concentrate on improving my writing and future prospects by developing skills in particular types of writing such as:

I have begun my ‘journey’ by enrolling on a copywriting introductory workshop, which takes place in London at the end of July, and I have been reading a great book called ‘May I Have Your Attention Please?’ by copywriting whizz Mish Slade. It’s funny – since stating my intentions a few months ago and saving off a load of writing exercises to have a go at, I suddenly find I am writing less than before!

I was going to write a blog post on one of America’s tap dance legends at the weekend and then I had a mental block. Maybe I’ve been overthinking it and getting too concerned with putting out a FANTASTIC AWARD-WINNING blog post. To be honest, it’s probably more because I’ve been doing a lot at the weekends with my soap biz now that Spring and Summer fete season is upon us! Well, as I am now 2 events down, with 2 to go (a small one this Saturday and a BIG event 22nd June), I can look forward to setting aside some time this summer to do some writing practice exercises. There are also various free creative writing workshops around my borough in the autumn as part of a local literary festival.

In other news, rhythm tap classes resume this Thursday lunchtime and I am VERY excited! I was feeling a little jaded yesterday and wondering if I need a break, but GIRL, you’ve just had a 2 week break and it’s the final stretch before the summer break (and our teacher asked me for a song suggestion)! I have also been keeping up with weekly gym sessions at the university and I feel a lot fitter. I’ve even lost about 2kg since I started training – BOOM! I’m hoping to fit a session in tomorrow as I met an ex-colleague for lunch today (Gym Tuesday). Because it’s a bit too close to tap day, I’ll probably just go easy…. 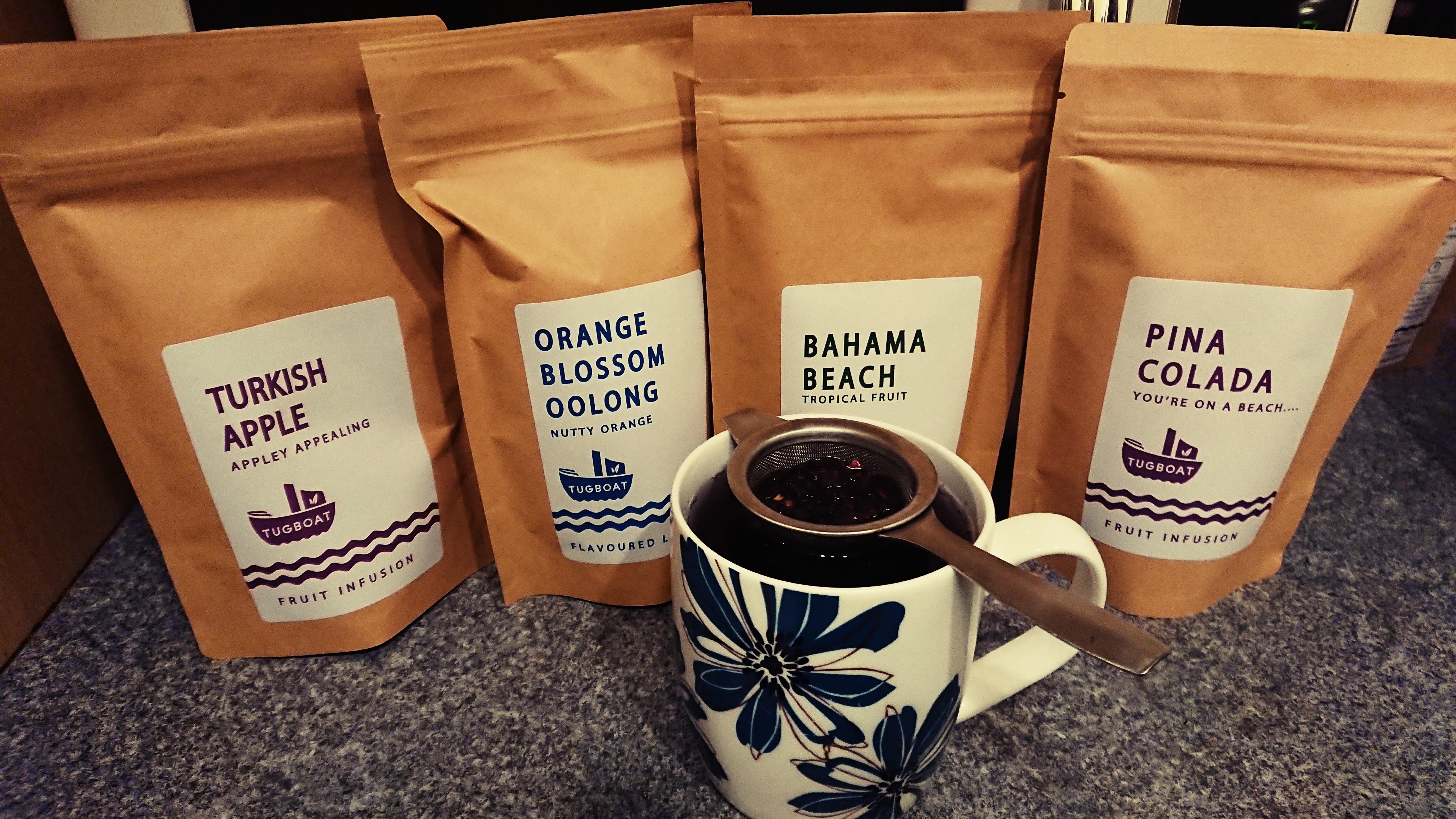 According to recent reports drinking tea focuses the mind and increases creativity.* Well I LOVE TEA, but my tea of choice is herbal and fruit-based, rather than ordinary tea. So I was very excited to receive my latest order of exotic loose leaf teas from Tugboat in Cornwall yesterday!

This year I have decided to stop procrastinating and making lists and start DOING.  Next month I have the first two days of a 4 day course in Essential Oils for Non-Therapists course. I’ve been thinking a lot about winding up my soap and skincare side-gig, but I thought I’d get some further training to improve my knowledge of essential oils and their benefits and properties, and see where I am after that.

Another thing I am hoping to do is to work on my public reading nerves. I’ve accessed an online course on Udemy on reading the Bible aloud, so that I can actually do Bible readings at church without feeling like my throat is closing up and people are staring up my nose. I’m asked to read a lot, but I usually decline. (For some reason, I can do dramatic dialogue readings fine, I guess because I’m acting).

I’ll also be attending a one day workshop on Copywriting in July. I’ve always wanted to be a writer. I got my degree in English Literature. While I was at University I tried to get as much writing experience as possible by doing regular music reviews and articles for various student publications. I was also writing my own novel in my spare time (nope, not finished…yet!). But then after that, life happened and that ambition was parked as I navigated the job market.

Well, now I am in that place of having been in my current job with a well-known charity for 8 years. Being a bit fed up of it and keeping an eye on what else is out there, I am coming back to my original ambitions and doing something about it! Copywriting is a really useful skill to have, whether it be for writing articles for this blog, my soap biz website, a new job in web content writing (hmmm?), church publicity, having another stab at freelance writing, it will be well worth it.

After all, why sit there pining when you can do something about it?