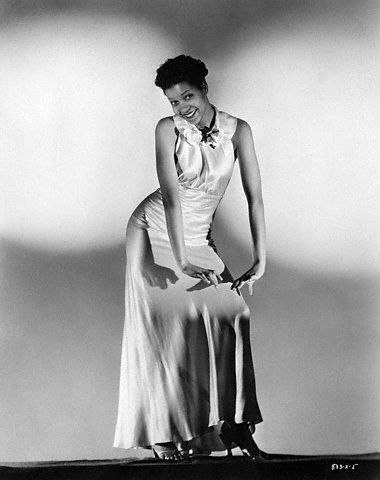 Over the last year or so of online talks and events, I’ve learned about so many different legendary tap dance artists, and written about a few of them too. This time, I thought I would write about one of the pioneering women of the artform – Jeni LeGon:

Known For: Being one of the first black women to develop a successful solo dance career, for dancing in trousers (unusual for women at the time) and for being the only black woman to dance on screen with Bill ‘Bojangles’ Robinson, who was regularly paired with Shirley Temple.

Training: She developed her art on the streets of Chicago’s South Side and went on to win a tap dance contest in Savannah, Georgia. At 13 years old, she got her first musical theatre job, dancing as a soubrette. She went professional by age 14 when she started performing with Count Basie. Later, in 1943 she took lessons in African dance from the amazing Katherine Dunham, dancer, anthropologist and creator of the Dunham Technique. 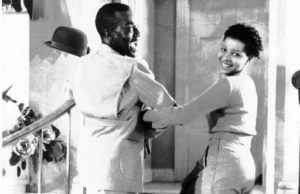 Early Career: In 1931 she started performing across the Southern US states with the Whitman Sisters’ all female chorus (the Whitman Sisters were four African American sisters whose successful touring company challenged racial stereotypes, ran for over 40 years and was the best paid act on the TOBA circuit). Later, Jeni formed the LeGon & Lane tap duo with her half-sister Willa Mae Lane in 1933. She danced in speciality acts in the Detroit nightclubs and then went on to dance in Los Angeles.

Hollywood & Beyond: Jeni was discovered in 1935 by manager Earl Dancer and she signed an extended contract with MGM Studios. Her first film casting was Broadway Melody of 1936, starring Eleanor Powell, but the contract was cancelled soon after because the studio “didn’t want to have two [female solo] dancers”, which basically meant they didn’t want her to outshine Powell. In the end, LeGon worked as a dance consultant and dance director for MGM, who didn’t know how to market a solo black female dancer. She said “I didn’t fit in at that time as one of the kids next door”. As was the case in those days, many of the Hollywood roles she did get cast her as some type of servant or maid. It was only when she starred in all-black films with people such as Cab Calloway, such as Hi De Ho (1947), that she said she got the chance “to be the heroine, to get kissed”. Her first actual screen role was in Hooray for Love (1935) where she danced with Bill Robinson. The film also starred Fats Waller, who she went on to work with for much of her career.

In 1936 she got some work in the UK, appearing on the West End stage in C.B Cochran’s revue, Follow the Sun and in the film Dishonour Bright (1936). 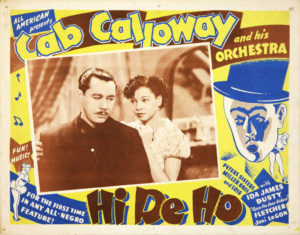 Later Life: Jeni quit Hollywood in the 1950s, studied percussion, and continued to work in dance and music, including teaching and running drama workshops. She relocated to Vancouver in Canada, a place she found much more welcoming than the US.

I decided I wanted to be in show business. I used to sneak out of school and go see Duke Ellington and Cab Calloway and all the wonderful bands they had at that time

I’ve had a dance school all my life

Hollywood was a black and white world

[MGM] were paying me $1,250 a week and telling me I wasn’t good enough to eat in their dining room

Jeni LeGon is the subject of obsession for one of the protagonists in Zadie Smith’s novel Swing Time, that I am yet to read!